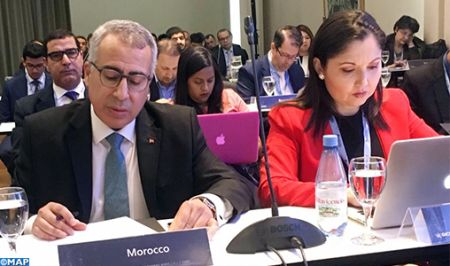 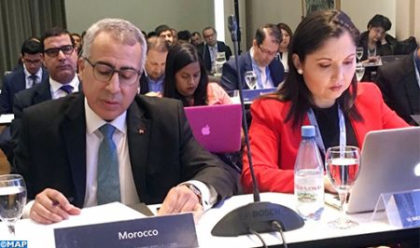 Morocco was unanimously elected on Friday as Coordinator of the Implementation and Assessment Group (IAG) of the Global Initiative to Combat Nuclear Terrorism (GICNT) for the 2019-2021 period.

This is the first time that an Arab and African country has assumed such a responsibility within the framework of the Global Initiative.

The IAG, as the main political body of the GICNT, has the mandate to facilitate the implementation of the Declaration of Principles and the terms of reference of the Global Initiative, and to ensure operational synergy between the various technical working groups and the promotion of strategic priorities.

The Global Initiative’s IAG mid-term meeting is scheduled to take place in Morocco in June 2020.

Morocco will then organize a major Africa-focused activity within the framework of the Initiative, aimed at strengthening the capacities of African countries in the field of nuclear security.

GICNT was launched at the G8 Summit in St. Petersburg in 2006 by the presidents of the United States and Russia as a multilateral platform for collaboration among partner countries to strengthen operational and technical capabilities to combat the threat of nuclear terrorism.

The official launch of this Initiative took place at a meeting held in Rabat in October 2006, by 13 founding countries, including Morocco, the United States, and Russia.

The Initiative, which now unites 88 states and six international organizations, had done a lot to promote the most important multilateral agreements in this field, including the International Convention for the Suppression of Acts of Nuclear Terrorism and the Convention on the Physical Protection of Nuclear Material.