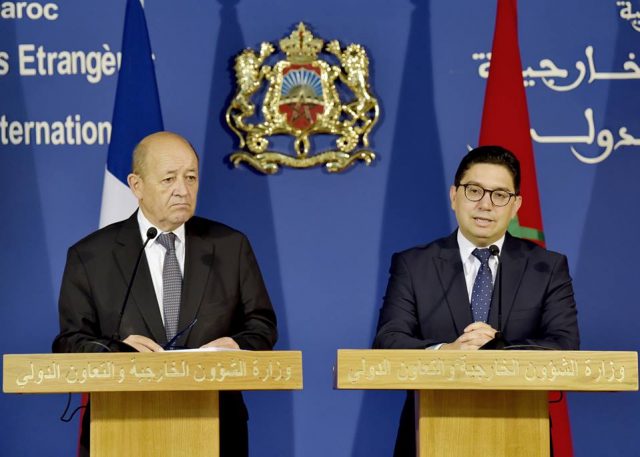 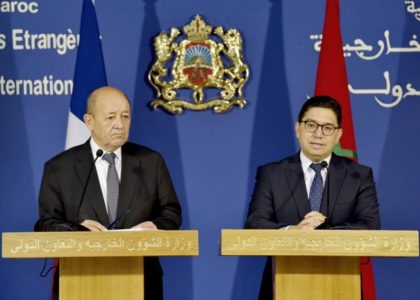 The statement comes as Trump administration seeks to impose a deal that would finish off Palestinians’ aspirations to an independent state.

France supports a two-state solution with Jerusalem as the capital of both said Le Drian Saturday, during a joint press briefing in Rabat with Nasser Bourita. France is yet to discover the content of the peace plan, promoted by Jared Kushner, Trump’s son in law and senior adviser, he said.

Morocco’s minister said the US plan, dubbed as the “deal of the century”, was not on the table when Kushner visited Rabat on May 28.

Talks between King Mohammed VI and Kushner focused on bilateral relations and the situation in the region and the Middle East, he said.

“Morocco will announce its position when it receives all the details about the plan,” said Bourita.

The two officials also stressed the need for a peaceful political solution to the infighting in Libya.

Bourita said in this connection that the Skhirate agreement offers prospects to ensure a peaceful transition in Libya to more legitimate institutions. Yet, the deal is worthwhile only with the will and commitment by the different Libyan stakeholders to implement it, he noted, calling on the warring parties to put the interest of the Libyan people and Libya’s peace and stability before everything else.

He deplored that important provisions of this roadmap have not been implemented and that the situation has deteriorated because the main stakeholders have not shown enough will.

Morocco considers the security and stability of Libya key to the security of the Maghreb, and Libya cannot be a field where different agendas that are external to the interests of the Libyan people are at play, insisted Bourita.

Echoing him, Le Drian said France is equally concerned over Libya’s stability and security, which are important not only for the Libyans but for the whole region and also for Europe. He stressed the need to avoid the return to confrontation in which terrorist groups and actors are interfering, and to move forward in resolving this conflict and in controlling drug, arm and human trafficking.