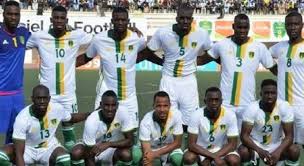 The Mauritanian football association has chosen a Moroccan sports company to outfit the national team during the coming African Cup of Nations to take place in Egypt.

Tangiers-based AB Sport will supply the team with boots and jersey for the tournament planned to start from June 21, online media Le360.ma reports.

The outfit displays the traditional colors of the team, green and white.

Coach Corentin Martins Tuesday unveiled a 23-player squad ahead of the championship. He also proposed a stand-by squad of seven players.

Mauritania, lodged in the same group as Angola, Tunisia and Mali, is taking part for the first time in the African Cup of Nations.