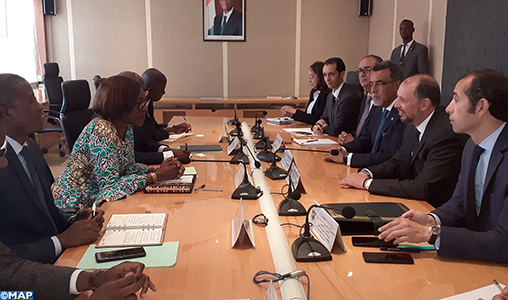 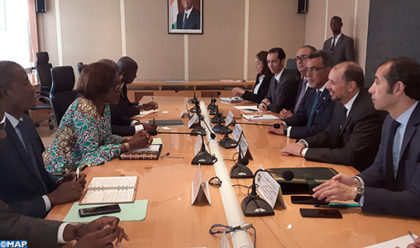 Moroccan Minister Delegate for African Cooperation Mohcine Jazouli is visiting Côte d’Ivoire since Monday to check on the progress made in the projects launched within the frame of the bilateral agreements signed before King Mohammed VI and President Alassane Ouattara.

During the visit, Jazouli co-chaired in Abidjan with Secretary General of Ivorian Ministry of Foreign Affairs Daouda Diabaté a meeting aimed at ensuring a follow-up of the cooperation agreements concluded between the two countries, respecting the projects deadlines and providing solutions to hurdles.

The meeting, which was attended by representatives from the Moroccan and Ivorian public & private sectors, reviewed the progress of some twenty projects, including the rehabilitation of the Cocody Bay, the Mohammed VI Mosque of Treichville, the construction of roads, social housing, primary schools, hotels, pharmaceutical factories, power plants…

“The Moroccan-Ivorian cooperation is remarkably dynamic”, said Jazouli, noting that of the 120 projects concluded 45 have been completed.

For his part, Daouda Diabaté praised Morocco’s great and deep interest in the completion of the projects launched with Côte d’Ivoire within the frame of a “win-win” and solidarity-based South-South cooperation.

“The landmark projects launched by Morocco in Côte d’Ivoire are of great importance” for the Ivorian populations, underlined Diabaté.

The Moroccan minister also conferred with Ivorian Minister of Economy and Finance Adama Koné. Talks focused on joint cooperation projects, namely Cocody Bay rehabilitation and the setting up of Abidjan Financial Center, based on the success of Casa Finance City, which has become a leading financial center in Africa.

Jazouli held a meeting with Moroccan businessmen operating in Côte d’Ivoire in banking, construction, call centers, pharmaceuticals, insurance, energy…, commending their commitment which enabled them to gain the trust of their Ivorian partners.