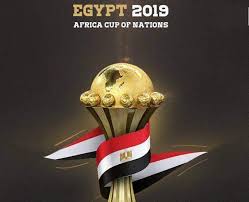 The African Football Confederation (CAF) has corrected its mistake by removing the name and flag of the self-proclaimed Sahrawi Arab Democratic Republic (SADR) from the official ticketing website of the 2019 Africa Cup of Nations (AFCON) due in Egypt from June 21 to July 19.

It’s never too late to make it right. Following the letter sent by the Moroccan Royal Football Federation (FRMF) to the CAF, the governing body of African Football withdrew the name and the flag of the so-called SADR from the official ticketing website of AFCON 2019.

Sunday, the Organizing Committee of the 2019 Africa Cup of Nations launched an e-platform for the purchase of tickets for the tournament, featuring the name and the flag of the phantom entity among the 24 teams qualified for the AFCON, while the pseudo- SADR is not a member of CAF or of the FIFA, Football’s world governing body.

The FRMF immediately reacted by sending a protest letter to the CAF chairman Malagasy Ahmad Ahmad.