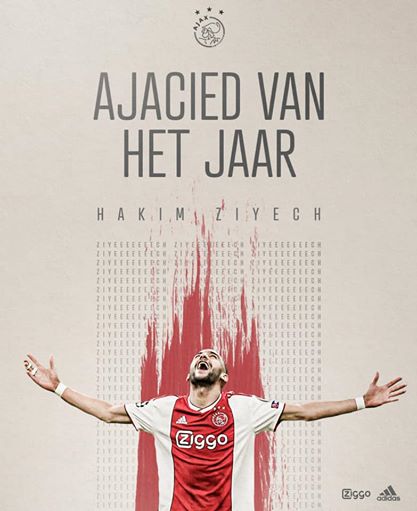 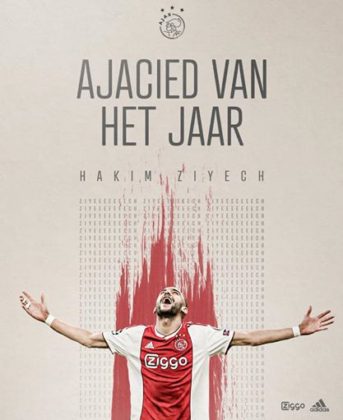 Netherlands soccer Champions Ajax have named Moroccan player Hakim Ziyech best player of the year after his incredible performance at home and on the European continent.

The Dutch giants clinched their 34th top league title on Wednesday after winning the national cup last month. The celebration of the title came few days after the club saw its dreams to play European Champions League fade away after Totttenam’s Lucas Moura’s late winner blew them away.

The club Thursday pinned the amazing season on the performance of the 26-year old middle fielder. Ziyech put up this year his best season at Ajax. The Moroccan scored 21 goals and gave 24 assists through the entire season including the superlative European Champions League campaign.

Ziyech this week won the accolades of the Italian Prime Minister Giuseppe Conte who, in an interview with local La Gazzetta dello Sport, wooed the young talisman to sign for Rome-based Serie A club As Roma.

“I wanted to see Riyadh Mahrez [Manchester City] when he was playing for Leicester, but today I am fan of Hakim Ziyech,” Conte said.