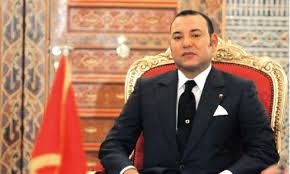 King Mohammed VI of Morocco has been awarded the prestigious Ellis Island Medal of Honor, which is granted annually to a select group of individuals whose accomplishments in their field and inspired service are cause for celebration.

Fostering tolerance, respect and understanding among religious and ethnic groups is part of the Ellis Island Honors Society’s mission.

Honorees are individuals who have made it their mission to share their wealth of knowledge, indomitable courage, boundless compassion, unique talents and selfless generosity with those less fortunate.

And King Mohammed VI has spearheaded Morocco’s humane immigration policy, drawing on the values of openness and multiculturalism, a policy that made of the Kingdom a land of immigration.

Past recipients of the Medal, founded in 1986, include seven US Presidents, several world leaders, several Nobel Prize Laureates and countless leaders of industry, education, the arts, sports, and government, along with everyday Americans who have made freedom, liberty, and compassion a part of their life’s work.

EIHS, which holds its annual gala in Ellis Island, remains dedicated to the Island and has raised significant funds for the maintenance and restoration of Ellis Island.