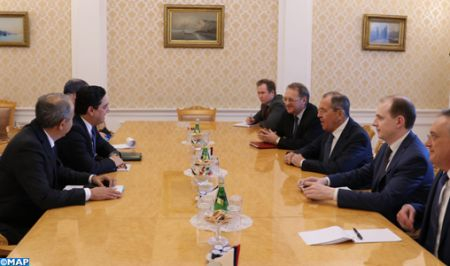 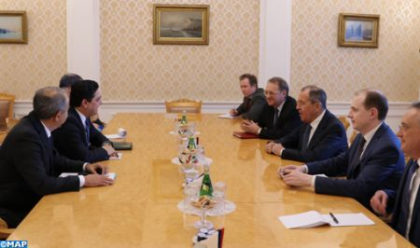 “Morocco wants a realistic solution to the Sahara issue”, said on Tuesday in Moscow Foreign Minister Nasser Bourita in a statement to Russian news agency “Sputnik” on the sidelines of his participation in the 5th Arab-Russian Cooperation Forum.

In his interview, the minister urged all parties to the Sahara conflict to “show realism and a genuine willingness to reach a solution to this issue”.

“From the outset, Morocco, which has adopted a clear position on this process (meetings on the Sahara issue), wants to put an end to this regional conflict, which has lasted too long, said Bourita, noting that if the other parties had a real will to settle this issue, Morocco has already presented its autonomy initiative for the Sahara.

The minister deplored that some parties still cling to their obsolete positions while the North African Kingdom offers solutions, and insisted that Morocco is not willing to pursue discussions on non-practical and non-consensual issues.

Regarding the latest Geneva round table meeting held on the Sahara, Bourita said that it is part of this new path, calling on all parties to the Sahara conflict to show “a genuine desire to move towards a realistic, practical and consensual solution”

During his visit to Moscow, Bourita conferred with Russian peer Sergei Lavrov on bilateral relations and latest developments in North Africa and the Arab world.

The two ministers said cooperation between the two countries gained momentum thanks to the strategic partnership sealed between Rabat and Moscow during the historic visit paid by King Mohammed VI to Russia in March 2016.

During their talks, Mr. Bourita and Lavrov agreed to set up a mechanism for regular diplomatic dialogue between the two countries’ foreign ministries.