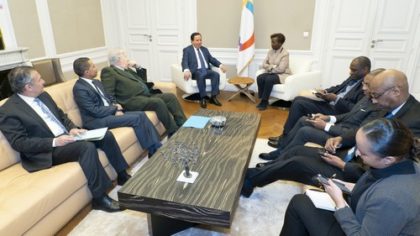 Tunisia and the International Organization of the Francophonie (OIF) Monday signed a convention to establish the Middle East and North Africa Office of the organization in Tunis.

Hosting the OIF regional office will put Tunisia on the map in the region and at the international front, Jhinaoui told the press at a briefing.

“This office will help strengthen cooperation between the countries of the region,” he added.

The OIF last year announced the choice of Tunisia to be home to the regional office, for which Lebanon was also competing.

Mushikiwabo started Sunday a three-day visit to Tunis in view of observing preparation for the 18th summit of the organization to take place in Tunisia, in November 2020.

The summit, to mark the OIF’s 50th anniversary, will gather some 88 states.

Tunisia is one of the four founding members of the OIF created in 1970. The organization musters countries and regions where French is a customary language.