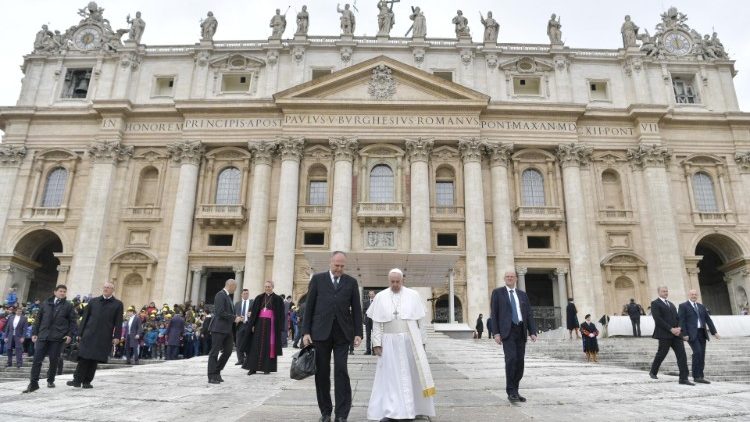 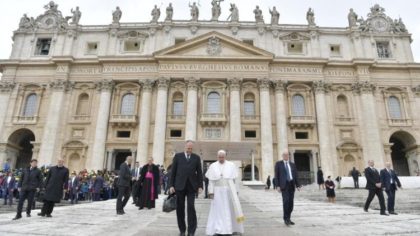 Pope Francis who devoted the General Audience Wednesday to his weekend visit to Morocco said he had reiterated along with King Mohammed VI the essential role of religions in defending human dignity and promoting peace.

“HM King Mohammed and I reiterated the essential role religions have in defending human dignity, promoting peace and justice, and in caring for creation, our common home,” Pope Francis said Wednesday during his General Audience in St Peter’s Square, reported Vatican News website.

The Pope seized the opportunity of the General Audience to give thanks for his Apostolic visit to Morocco last weekend. In particular, he expressed his gratitude to King Mohammed VI for his warm welcome. He expressed gratefulness to God for allowing him “to take another step along the road of dialogue and encounter with our Muslim brothers and sisters, as a ‘Servant of hope’ in today’s world.” “With Muslims, we are descendants of the same father, Abraham,” he said.

“To serve hope in our day is to build bridges between cultures, and it was a joy and honor for me to be able to do this in the noble Kingdom of Morocco, meeting both its people and its political leaders,” he added.

Another theme of great importance, brought up during the visit to Morocco, was the question of migration, the Pope said, recalling that the “Global Compact for Safe, Orderly and Regular Migration” was ratified in Marrakech, Morocco, last December.

“As the Holy See, we have offered our contribution which is summarized in four verbs: welcome migrants, protect migrants, promote migrants and integrate migrants. It is not a matter of dropping welfare programs from on high, but of making a path together through these four actions, to build cities and countries that, while preserving their respective cultural and religious identities, are open to differences and know how to value them in a sign of human brotherhood,” the Pope commented.