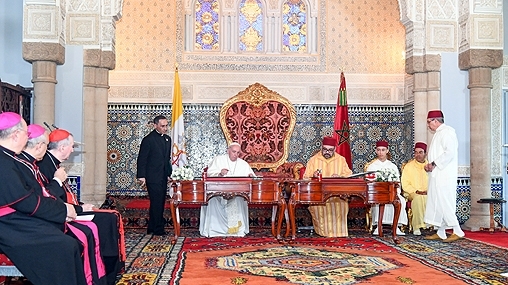 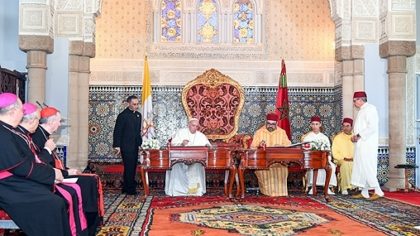 The European Union “recognizes the special importance of the holy places of Jerusalem for the three monotheistic religions,” said an EU spokesman, in reaction to the signing last Saturday in Rabat of the Appeal of Al-Quds by King Mohammed VI, Commander of the Faithful and Chairman of Al-Quds Committee, and Pope Francis.

“The EU recognizes the special significance of the holy places of Jerusalem for the three monotheistic religions and firmly believes that the status quo established in 1967 must be maintained in accordance with the previous agreements”, said the EU spokesman.

The Jerusalem Call, signed by King Mohammed VI and Pope Francis, recognizes the “uniqueness and sacredness of Jerusalem / Al-Quds Acharif” and stresses the need to preserve the Holy City as a “common heritage of humanity and especially for the faithful of the three monotheistic religions, as a meeting place and symbol of peaceful coexistence, where mutual respect and dialogue are cultivated”.

The specific multi-faith character, spiritual dimension and special identity of Jerusalem / Al-Quds Al-Sharif need to be preserved and enhanced, the call stressed, expressing the two leaders’ hope that “in the Holy City, the followers of the three monotheistic religions will be guaranteed free access to religious sites as well as the right to practice their faith there, so that from Jerusalem / Al-Quds Acharif, the believers may address a prayer to God, the Creator of all beings, for a future of peace and brotherhood on earth.”