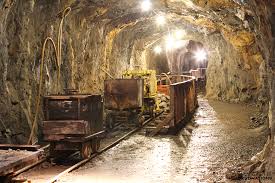 South Africa’s Minerals Council on Tuesday warned that electricity price increases by state-owned power utility Eskom will lead to over 90,000 job losses in South Africa’s gold and platinum mining industries over the next three years.

According to the council, as many as 90,222 jobs would be at risk solely because of the electricity tariff increases.

The council added that 71 percent of all gold mines and 65 percent of platinum mines were “loss-making or marginal” by the end of 2018. The power price hike would make the situation even worse.

According to Reuters, gold miner Sibanye-Stillwater said in February that it planned to cut nearly 6,000 jobs in a restructuring of its gold-mining operations. Gold Fields said last year it could slash 1,100 jobs, and Impala Platinum plans to cut its workforce by a third.

As a reminder, South Africa has struggled with power supply issues in recent years, as an increasing number of regions are being connected to the national grid without a parallel increase in the number of power plants needed to generate electricity to accommodate this increase.