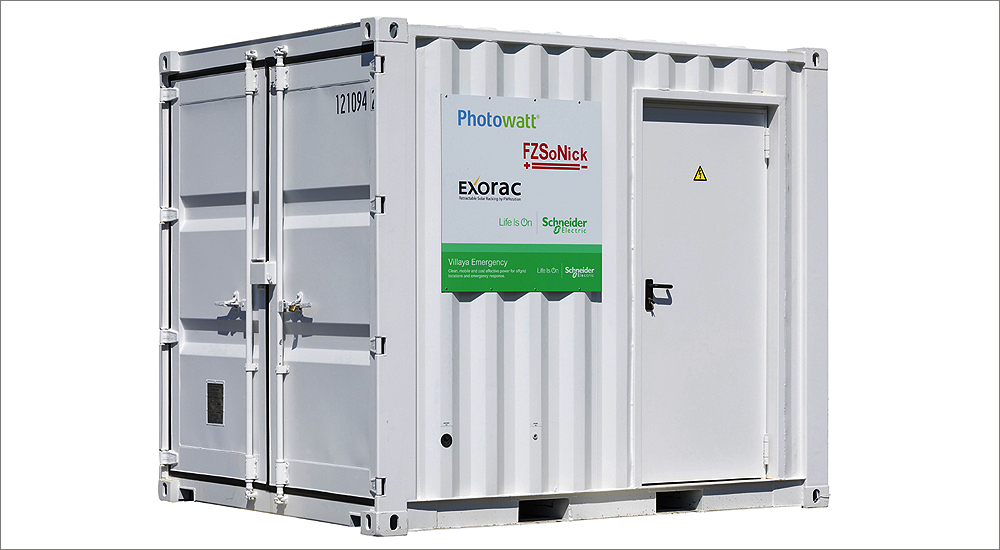 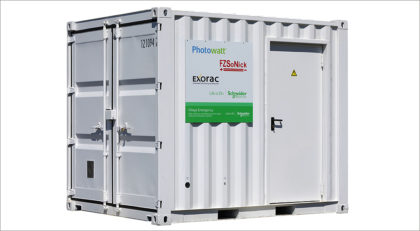 Schneider Electric has unveiled its Kenya-made ‘Villaya Emergency’, a containerized mobile solar microgrid solution designed to be easy to use in any humanitarian emergency.

The kit manufactured in Kenya is a system that generates at least 10-kilowatt peak electricity enough to power a village, health center or individual / group areas in refugee camps.

The entire solution can be fitted in a standard shipping container for fast, easy transport or worldwide relocation, the company said in a statement.

Olivier Jacquet, who is in charge of the Emergencies, Refugees and Conflicts team at Schneider Electric explained that the new product’s main benefit is easy installation in less than half an hour after delivery.

The photovoltaic panels are ready to install, mounted on wheels, pre-cabled and placed on a mobile system called EXOrac, Jacquet explained.

“We’ve made sure the system can operate in extreme heat and can be installed or dismantled as needed without any damage,” Jacquet said.

Kenya is home to over 230,000 refugees, mostly Somalians who fled across the border following the outbreak of civil war in 1991.

Tens of thousands of refugees returned to Somalia under a repatriation package. However, many encountered drought, hunger and dire conditions in a country where five million lack enough food and where African and Somali forces are still fighting Al-Qaeda-aligned Shabaab militants.