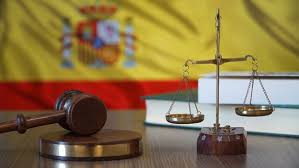 Two Moroccans on trial in Spain for attempting to join ISIS

Two Moroccan nationals appeared in the dock Monday in Spain for attempting to join the ranks of the Islamist State group (ISIS) in Syria.

The defendants were arrested in February last year for planning to join ISIS in Syria along several members of Badalona group, a terror group in the town of Badalona near the city of Barcelona.

Police sources told the media that the duo and the Badalona terror group used to indoctrinate people in favor of ISIS in the city and to raise funds for the group through drug and other crime-related activities.

The two men are also known by police for previous wrongdoings including threats and robbery.

Abdelmounaim Bennassar is also accused of persuading three women to travel to Syria.

Several members of Badalona group are currently in detention over attempts to join the war-torn country. The detainees include 16-year old Achataoui twins, Chakib and Chakir arrested in 2015 alongside with their mother.

Morocco is detaining a member of the group who had been arrested in the North African country.

The inaugural session is being held under the theme “India and Africa: Shaping a Global Partnership for a Better World.”