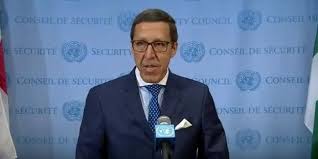 Morocco’s permanent representative to the United Nations, Omar Hilale, has informed the UN Secretary-General and the members of the UN Security Council of the adoption on Monday by the European Council of the Sustainable Fisheries Partnership Agreement with Morocco.

The Council also adopted the agreement’s related implementation protocol and the exchange of letters accompanying the agreement, the diplomat said in letters he addressed to UN Chief, Antonio Guterres, and to the fifteen members of the Security Council.

“This decision marks the last step of validation and ratification, on the European side, following the adoption by the European Parliament on February 12, in a plenary session in Strasbourg, with an overwhelming majority of 415 votes in favor, 189 against and 49 abstentions, of the Fisheries Partnership Agreement and its related implementation protocol,” Omar Hilale pointed out, noting that the agreement covers the Moroccan Sahara.

The Moroccan diplomat noted that this agreement does not in any way concern the political process on the Sahara issue, taking place under the exclusive auspices of the United Nations and the facilitation of the Secretary-General’s Personal Envoy.
The decision of the EU Council and the vote of the European Parliament are a logical consequence of recent, positive developments in the strategic partnership between Morocco and the EU, including the adoption of the Farm Agreement in Januray, Hilale said.

The Fisheries Agreement and its implementation protocol cover the Moroccan Sahara region and explicitly stipulate that the fishing zone extends from Cape Spartel to Cap Blanc, south of the city of Dakhla, he added.

Several steps preceded these adoptions, namely the decision of the European Council on 19 February 2018 authorizing the European Commission to renegotiate the Fisheries Agreement; the beginning of negotiations between Morocco and the EU for the renewal of the Fisheries Agreement on April 19, 2018, and the culmination of 6 rounds of negotiations by the initialing of the new fisheries agreement in Rabat on July 24, 2018, Hilale explained.

Extensive consultations on this agreement have been conducted at the level of the Parliament, Regional Councils and the Fisheries Chambers, in addition to consultations held by the EU with elected officials of the Moroccan Sahara, economic stakeholders and NGOs in the region, he said. This adoption confirms that the Kingdom of Morocco is the only legally empowered authority, in the exercise of its sovereignty, to negotiate and sign agreements including the Moroccan Sahara, he said.

The Moroccan ambassador recalled that the EU Court of Justice dismissed on Feb. 8, 2019, the action for annulment brought by the Polisario on June 14, 2018, against the decision to conclude the Fisheries Agreement. The court stressed that the Polisario is not entitled to represent the Sahara populations and cannot play any role in the process of concluding agreements between Morocco and the EU, the Moroccan diplomat recalled.