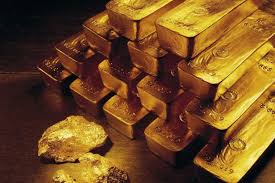 Tunisia foils attempt to smuggle out 18.4kg of gold to Libya

The ingots were discovered in the locality of Oued Fessi 10 km from Ben Guerdane, in a vehicle bearing a Tunisian registration plate and driven by a citizen from southern Tunisia, according to a Customs General Directorate press release.

The smuggler was preparing to deliver the ingots to a Libyan national in the city of Ben Guerdane, who was to convey them later to Libya.

The suspect was placed in custody, TAP said.