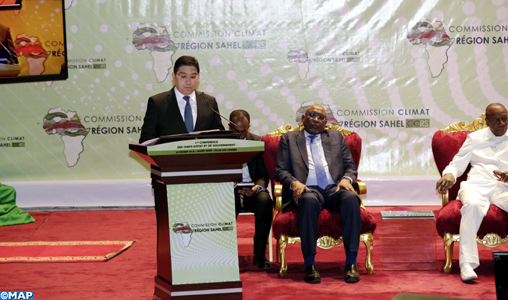 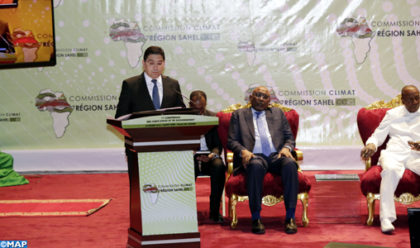 King Mohammed VI announced, Monday, that Morocco will finance the feasibility studies to finalize the Climate Investment Plan for the Sahel region.

The announcement came in a message he addressed to the 1st Conference of the Climate Commission for the Sahel Region, which opened Monday in Niger’s capital city, Niamey.

The Sovereign underlined the importance of the Climate Investment Plan for the Sahel region and its Priority Regional Program, which will complete the vital projects underway, that were announced on the sidelines of the COP22, held in Marrakech in November 2016.

These are the bases for future actions that will bring hope and practical solutions for local and regional populations, the Monarch said, adding that the Niamey meeting is meant “to strengthen our actions and enhance their coherence through new proposals.”

The Climate Commission for the Sahel Region can count on the Climate Change Competence Center of Morocco (4C Maroc), particularly in terms of capacity building for its members, the monarch pointed out in his message, which was read out by Foreign Minister Nasser Bourita.

Set up in 2014, the Center is a national and continental platform of excellence for the development and dissemination of knowledge and best practices on climate change.

Today, the Sahel, a link between the North and the South of Africa, is confronted with the tremendous impacts of climate disruption, the monarch said, pointing out that the major challenge is to tackle the climate issue in an efficient manner while seeking to achieve socioeconomic development objectives and respond to security imperatives.