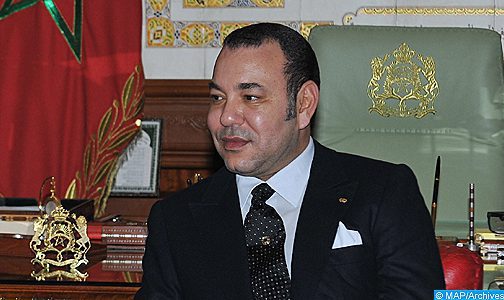 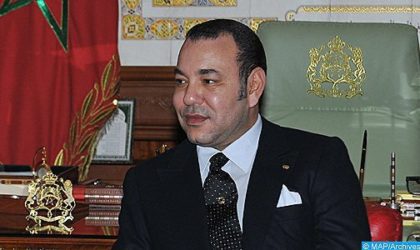 King Mohammed VI of Morocco on Monday called the countries of the Sahel region to fight for climate justice, which is a fight for access to a better, dignified life and to a bright future.

“Climate justice should not be a mere slogan. It must be a requirement for all of us: a requirement to give our populations access to basic resources,” said the Sovereign in a speech before the 1st Conference of the Climate Commission for the Sahel region, convened at Niamey, the capital of Niger.

“It is in this way that we shall prevent our youth from succumbing to despair, stopping them, at the same time, from falling prey to criminal and terrorist organizations,” he explained, adding that “the climate threats weighing on the Sahel region are known; they affect people’s daily lives and have an adverse impact on socioeconomic development and regional stability.”

“In this strategic space, we can see, perhaps more than anywhere else, how deeply living conditions are affected by the environment.”

He argued further “food shortages, dwindling water supplies and desertification caused by global warming will continue to push our youth into exile, depriving our Continent of part of its crucial human resources. Such threats require us and our partners to invest heavily and also to be fully committed to fulfilling our populations’ aspirations and to achieving the objectives of inclusive development.”

“Rallying stakeholders against the devastating effects of climate change cannot stop at national borders. In fact, it should transcend all rifts,” he insisted in his speech that was read out by Moroccan Foreign Minister.

“African youth expects us to open up the wide range of possibilities available and to set our Continent on a course of action that creates opportunities,” said the King, noting that “Africa’s future depends on our capacity to imagine new solidarity-based answers, building on a genuine commitment that respects all partners, in the South as well as in the North.”

The Sahel region can become a model of advanced regional integration in economic, environmental, political and human terms, affirmed the Sovereign, describing the Climate Commission for the Sahel Region as one of the levers that will enable it to achieve this objective.

“This is where history began, and this is where the region’s future will be decided. Coming generations are, indeed, entitled to a political commitment backed by concerted, solidarity-based action to address climate-related challenges,” stressed the Monarch.

He recalled in this regard the launching by the African Heads of State, at the Africa Action Summit, held in Nov.2016, in Marrakech, on the sidelines of COP22, a dynamic process around ambitious, concrete transnational projects led by three Commissions, of which Morocco is a founding partner.

These are the bases for future actions that will bring hope and practical solutions for local and regional populations, the Monarch said, adding that the Niamey meeting is meant “to strengthen our actions and enhance their coherence through new proposals.”

Heads of state of Sahel countries met on Monday in Niamey to approve a climate investment plan, which involves 17 nations from the Atlantic Ocean to the Horn of Africa. This ambitious plan focuses on six projects aiming to limit greenhouse gas emissions and to help people adapt to climate change.

The Sahel, home to more than 500 million people, is considered especially vulnerable to climate change. In many parts of the region, climate shocks have resulted in recurring droughts with devastating impacts on the region’s already vulnerable populations.

Regional and international leaders have linked global warming to conflicts and food insecurity in the Sahel and warned of an ecological disaster caused by diminishing water resources.