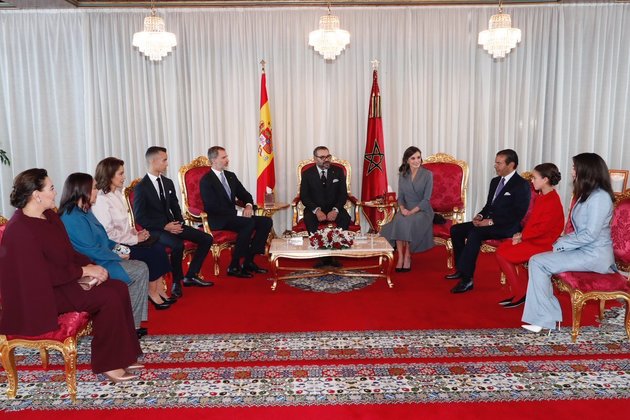 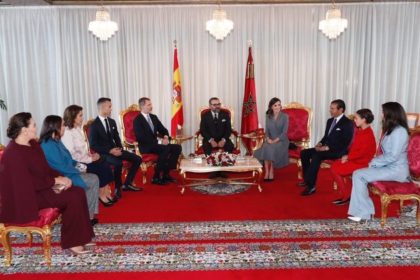 Spain and Morocco can build a “pioneering” alliance within the framework of the Euro-Mediterranean partnership that can contribute to bringing closer the two shores of the Mediterranean, said King Felipe VI of Spain, who vowed that Morocco will always find in Spain “a faithful and committed partner to support its progress in all areas.”

Speaking at the closing session of the Morocco-Spain Economic Forum, held Thursday in Rabat, the Spanish monarch who was on an official visit to Morocco, said that in an increasingly complex world, Spain and Morocco can build a “pioneering and avant-garde alliance” in the framework of the Euro-Mediterranean partnership.

Such an alliance is likely to bring closer the two shores of the Mediterranean as well as the European and African continents, the Spanish king pointed out.

“In Spain, we are convinced that Morocco will continue to strengthen its position as a priority partner for our country, whether as a final destination or as a gateway to Africa,” he said, adding that time has come to explore new areas of cooperation, to move forward in the economic and trade partnership and to extend it to Africa.

To achieve this goal, the Spanish Sovereign has called for “relying on the policy adopted in recent years by Morocco, which succeeded, under the active leadership of HM King Mohammed VI, in positioning its companies in the African continent and has become the biggest pan-African investor”.

The Spanish sovereign pointed out that the reforms undertaken by Morocco will provide a new impetus to achieve higher levels of development and social cohesion, remove barriers to growth, improve the business climate and attract more investments in the region, particularly in strategic areas such as renewable energy, water and infrastructure.

In this connection, King Felipe VI welcomed the “progress made by Morocco in modernizing its economy, its infrastructure and its institutions”, recalling that the North African Kingdom has gained 60 places in 7 years in Doing Business ranking.

Under the leadership of King Mohammed VI and thanks to its significant political progress and democratic reforms, Morocco has strengthened its position as “a real pole of political stability, socio-economic growth and modernization in the region,” he said.

This economic forum, bringing together investors and businessmen from both countries, will further develop the Spanish-Moroccan ties as well as trade between the two countries, King Felipe VI said.

King Felipe VI reiterated later at a meeting with members of the Spanish community settled in Morocco that his country and Morocco are working together to consolidate their strategic partnership, which is, he said, “of paramount importance to Europe and the Maghreb.”

The Spanish Sovereign also lauded as “valuable” and “effective” cooperation between Rabat and Madrid in the fight against terrorism, crime and illegal immigration, while stressing the importance of strengthening cooperation in these areas with the support of the EU.

Analysts explained that the fact that King Felipe VI has visited Morocco twice in less than five years, the first visit having taken place in 2014, attests that he is keen on strengthening ties between the two countries. During his long tenure, the former Spanish monarch, Juan Carlos, visited Morocco only three times overall—in 1979, 2005, and 2013.
The second royal visit was marked by talks with King Mohammed VI and by the signing of eleven cooperation agreements.