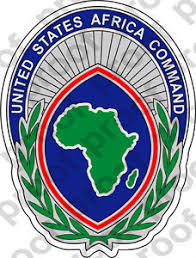 The USA Thursday refuted statement by the UN-backed Government of National Accord (GNA) that it conducted in coordination with the Tripoli-based administration a raid on some al-Qaeda fighters, in southern Libya.

The US military command headquartered in Germany, Stuttgart, in a statement said it did not take part in the operation announced on Wednesday by spokesman for GNA leader Faiez Serraj, Mohamed El Sallak.

“US Africa Command was not involved in the reported raid of an al-Qaeda site in Ubari, Libya, Wednesday, Feb. 13, 2019,” the command said in the statement.

“US Africa Command has not conducted any air strikes in Libya in 2019.”

Spokesman Sallak had said in a statement the US military command, in coordination with the GNA, targeted some militants of the terror group near the southern city.

The denial appears as surprise and a blow to the chemistry between the GNA and the USA.

The US military command has since the GNA’s establishment in capital, in March 2016, brought support to the weak government. The command backed the GNA-aligned forces to derail Islamic State group (ISIS) fighters in the city of Sirte that the terror group turned into his stronghold in the region.