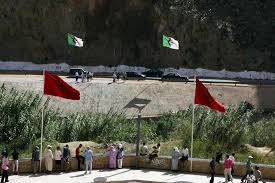 Thousands of Moroccan migrant workers are facing humiliation in Algeria where authorities abruptly imprisoned or dispossessed them of their properties in a stark violation of international law and Algiers’ commitment as part of bilateral labor agreements with Morocco.

In this connection, following the arrest of 84 Moroccan nationals by Algerian authorities, Assabah newspaper sheds light on the ordeal of Moroccan artisans in Algeria who have been imprisoned on fabricated charges.

Moroccan artisans and craftsmen are needed in Algeria, yet Algerian authorities imprison them and portray them as “illegal immigrants” or “spies”, writes the paper, noting that Algeria has fallen short of honoring agreements on the Moroccan migrant workers.

This is not the first time the Algerian regime violates international law by mistreating Moroccan migrants. In 1975, Algeria dispossessed and expelled 45,000 Moroccan families on the day of the feast of Eid Al Adha.

These families who were expelled without notice are currently staging an international campaign to hold the Algerian regime accountable for the suffering inflicted on 300,000 who were forced to leave their homes.