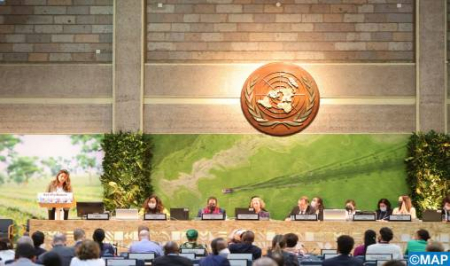 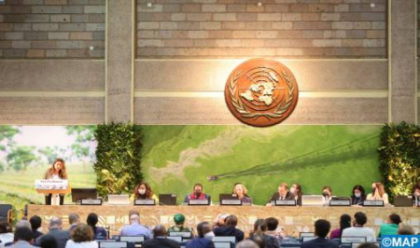 Morocco was elected by acclamation President of the 6th United Nations Environment Assembly (UNEA-6), for a two-year term.

Morocco, represented by Leila Benali, Minister of Energy Transition and Sustainable Development, was elected to the presidency of UNEA-6 after being nominated as the representative of the Continent to this position, following a majority vote that reflected broad support within the African group.

The United Nations Environment Assembly is a body of the UN Environment Program (UNEP), the highest authority on environmental matters in the UN system.

Morocco will assume for the first time the presidency of this body, which is the most important high-level global forum on the environment in the world, and whose mission is to discuss and make global commitments for environmental protection.

In a statement to the assembly, Benali expressed her thanks “to the various countries for the confidence and trust in Morocco,” saying she was “honored to take on this responsibility.”

“It is an honor for Morocco and for all of Africa,” said the official, who addressing her congratulations to the President of UNEA-5, Espen Barth Eide, Minister of Climate and Environment of Norway, “for his leadership and his role in advancing discussions on all issues raised within the framework of the Assembly’s Agenda.”

Highlighting the current juncture marked by an environmental crisis, the Moroccan official noted that the threshold of irreversibility will soon be passed in the absence of immediate action.

“In a spirit of continuity and efficiency, we want to consolidate the achievements of our predecessors and accelerate the implementation of resolutions already adopted. We want to contribute effectively to the achievement of the sustainable development goals agreed upon years ago,” she said.

She also insisted on the imperative of translating the resolutions into concrete actions, starting with those related to plastic pollution and chemical products and wastes. It is necessary that the solutions advocated are felt by the citizens of the world, as their right to a sustainable environment.

The government official also affirmed her determination to spare no effort and work with all regions, in order to consolidate the authority of UNEA as an institution setting the global environmental agenda.

“In addition to efficiency, the key to our success lies in the partnerships we will succeed in forging between governments, the private sector and civil society,” she added, stressing the importance of multilateral cooperation and international solidarity in the fight against environmental challenges.

With its accumulated leadership in environmental protection and its ambitious clean energy initiatives, Morocco has seemingly gained the confidence of the international community in this area.

The consecration of Morocco, which is the result of intense diplomatic mobilization, reinforces the strategy of the Kingdom to ensure greater visibility and an influential presence on the international scene, in accordance with the high royal guidelines.