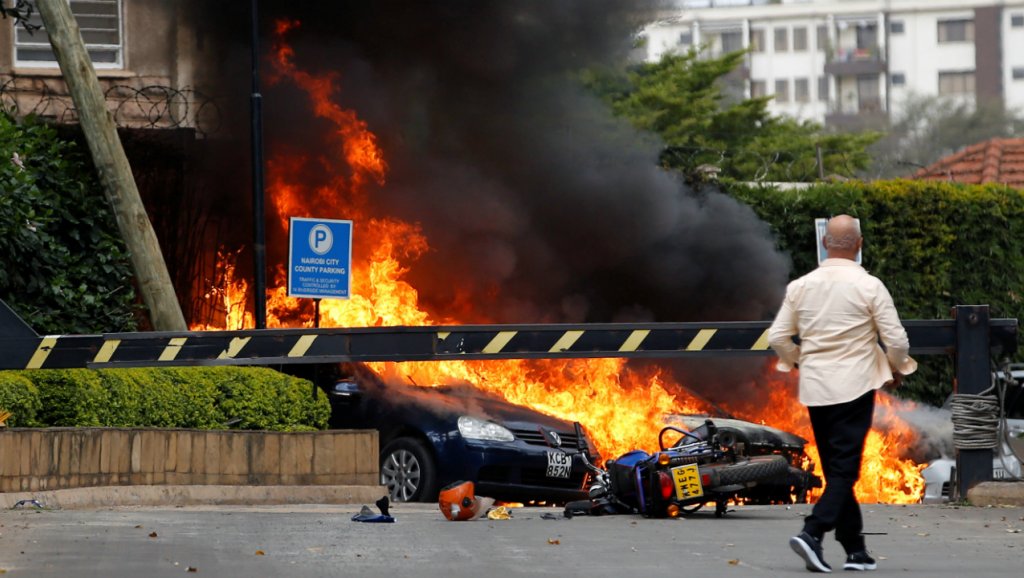 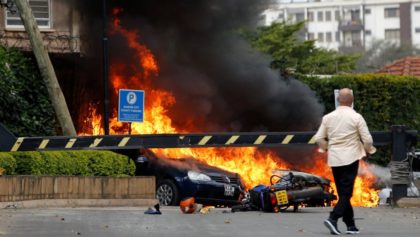 Al-Qaeda-linked Somali terrorist group al-Shabaab, on Tuesday, attacked a business complex in Nairobi. Media reports put the number of dead at between five and 15 people.
According to Nairobi Police, the assault happened after 3 pm local time in 14 Riverside, which houses offices, retail outlets, and restaurants along with the upscale DusitD2 hotel.
The coordinated attack first started at the I&M Bank, followed by an explosion that targeted three vehicles in the parking lot of Dusit hotel where a number of guests suffered injuries, The Nairobi police commander Philip Ndolo said.
The injured have been rushed to hospital as special forces cordon off the area, according to numerous media reports.
Tuesday’s attack came exactly three years after a deadly al-Shabaab attack on a Kenyan military base in El-Adde in Somalia, in which about 140 Kenya soldiers were killed.
Kenya has been battling Al-Shabaab militants for a number of years following its military intervention in Somalia to fight the militants.
In 2013, armed gunmen attacked the Westgate Shopping Mall in Nairobi, killing at least 69 people and injuring more than 175. Two years later on April 2, 2015, the group attacked and killed 148 people at the university in Garissa, in eastern Kenya.
Rashid Abdi, an expert in Islamic militancy in east Africa with the International Crisis Group in Nairobi, said al-Shabab was a versatile and patient organisation.