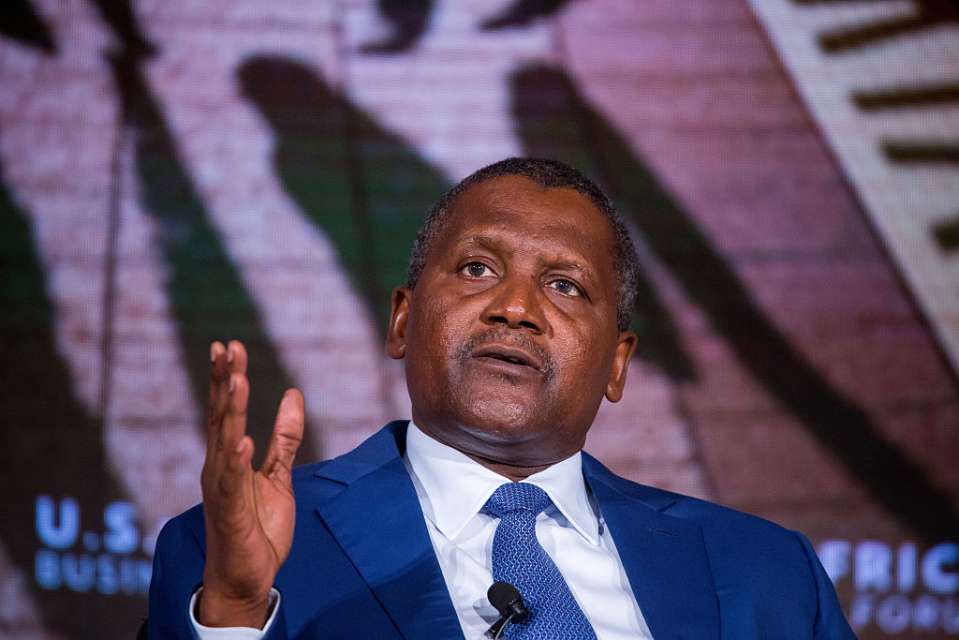 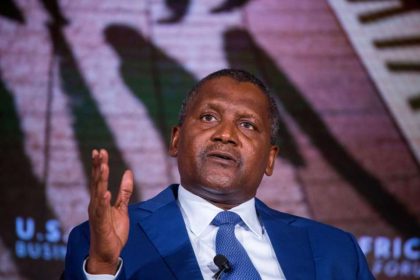 Dangote is ranked by Forbes magazine as the 100th-richest person in the world and the richest in Africa. The Nigerian cement guru was also peaked on the list as 66th most powerful man in the world in 2018.

Most of the entrepreneur’s wealth derives from his 85.2 percent majority stake in Dangote Cement, which is the largest cement producer in sub-Saharan Africa.

First launched in 1981, the Dangote Group now owns and operates more than 18 subsidiaries across a range of industries, including Dangote Cement, Dangote Flour and Dangote Sugar.

The eighth slot had five persons with one of them being Isabel dos Santos, daughter to former Angolan president Jose Eduardo dos Santos. She is Africa’s richest woman with a wealth estimated at $2.3 billion.

Others on the eight-slot of the list are Zimbabwean telecoms tycoon Strive Masiwiya. Mr. Masiyiwa, who chairs the Econet Group whose shares have surged in value over the past year, owns more than half of the company.