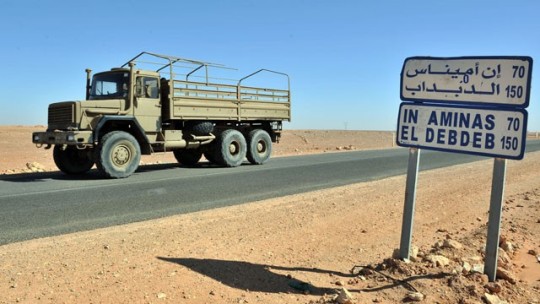 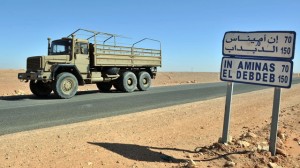 Work will soon begin on the Ain Amenas facility which came under a fatal terrorist attack and hostage situation last month. The Algerian gas complex which is jointly managed by British petroleum (BP), Algeria’s Sonatrach and Norway’s Statoil might partially begin operations next week according to an official from sonatrach.
Abdelhamid Zerguine, the head of the country’s state-owned energy company, Sonatrach, said one of the plant’s three gas units should resume production before the 24th of February at 9 million cubic meters of gas a year – about a third of the plant’s capacity. The day also coincides with the day Algeria decided to nationalize its oil industry which dates back to the 24th of February 1971.
The facility will be catching up momentarily with its production as other gas units become active after the attack left some of them damaged.
Elsewhere and with regards to the same event, the President Bouteflika of Algeria has finally issued his first public statement regarding the attack which unfolded at Ain Amenas. In a statement read out by an adviser, Bouteflika praised the army troops before considering them to be worthy heirs to those who fought for independence from France between 1956 and 1962. He congratulated the army for their vibrant response. Up to 37 foreigners died after troops stormed the complex to end a hostage crisis last month, which also saw the killing of 29 hostage-takers after a four-day standoff with the terrorists.
The lost of foreign lives during the siege has resulted in a debate over the safety of foreigners in the region and the level of security in oil facilities implanted in the desert. Algeria is buffing up its security measures to repel such attacks in the future.