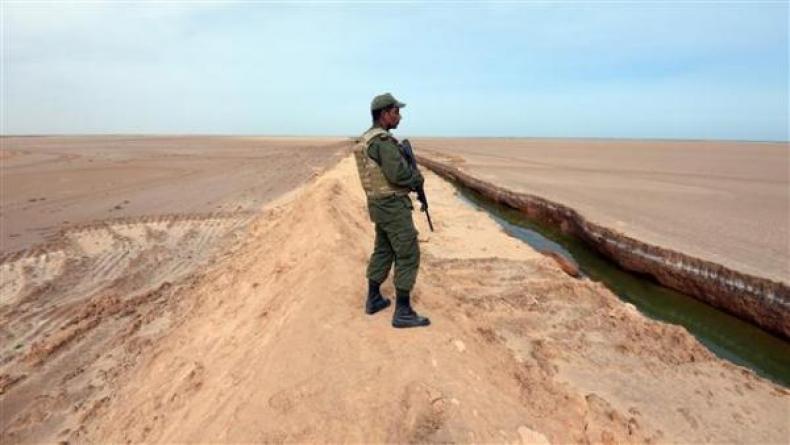 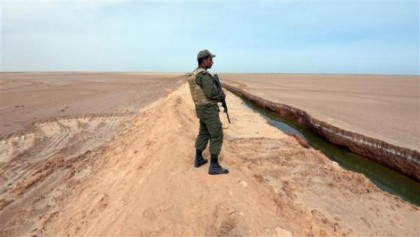 Tunisia’ defense minister Farhat Hachani announced that the first phase of the fight against the flow of terrorists between Tunisia and Libya has been completed with the construction of a wall and trenches along the border.

The construction was initiated after two major attacks targeted Tunisia last year. The assaults were carried out by Tunisian extremists who had undergone training in terrorist camps inside Libya.

Minister Hachani was at the border when he made the announcement claiming that it will help to “protect out border and stop the threat” posed by the extremists. The wall and trenches are a little more than a 1,5kilometre away from Libyan border and cover around 250km running from Ras Jedir to Dhehiba in the southern part of the country. They are expected to stop land vehicles packed with fighters, weapons or other smuggled items from entering Tunisia.

Construction was planned to take a year but it was completed after only four months and now awaits the arrival and installation of electronic monitoring systems. US and German military and technicians will travel to Tunisia to install these equipment and train members of the Tunisian army.

Tunisia will sign an agreement with the two countries to legalize the presence of foreign military officers in the country.

Tunisia has been able to stop extremist groups from setting up camps within its territory although the phenomenon continues to be a major challenge in the Chaambi Mountains located on its border with Algeria.

More than 3000 Tunisians have allegedly joined the Islamic State group in Syria and Iraq.