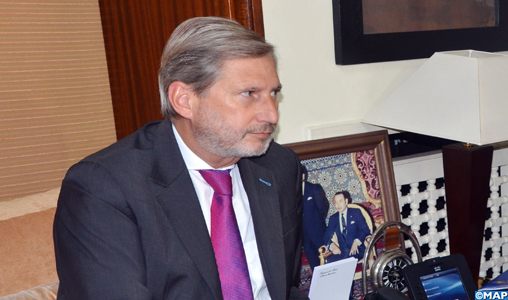 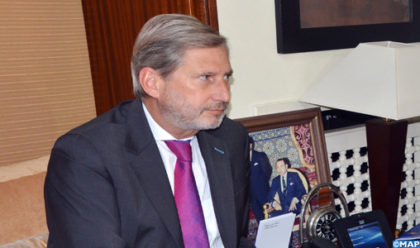 Morocco and the EU managed to safeguard their partnership against attempts at undermining it, said Morocco’s Foreign Minister Nasser Bourita, alluding to the difficulties that were encountered during the negotiations of the fisheries and farm agreements between the two parties.

“The partnership with the EU was attacked by different parties…but Morocco and the EU, notably the Commission and Member States, were mobilized to maintain and reinforce that partnership,” said Bourita at a press briefing Friday with European Commissioner for European Neighborhood Policy and Enlargement Negotiations Johannes Hahn, who is on a visit to Rabat.

Bourita said the visit is conducive to pushing forward joint action to strengthen relations between the two sides.

Hahn for his part said Morocco is a “key strategic partner” for the EU, lauding the Kingdom’s contributions for ensuring peace and stability in the region.

He commended Morocco’s migration policy and the reforms undertaken by Morocco under the leadership of King Mohammed VI.

Earlier in the day, the EU official and minister for economy and finance signed an agreement worth 2.34 billion dirhams aiming at supporting Morocco’s private sector and boosting social protection.

As part of the EU neighborhood policy, Hahn said the EU will spend 22 billion euros in aid to the southern neighborhood.

Morocco enjoys an advanced status in its relations with the EU opening up to high levels of political cooperation.