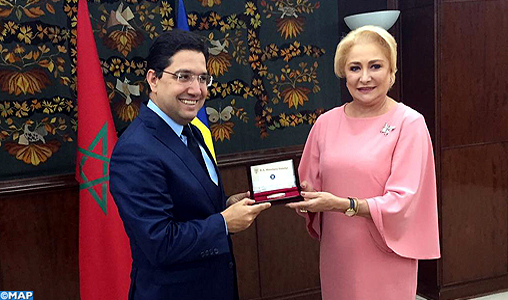 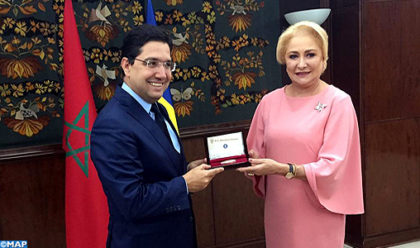 The Government of Romania has praised the serious and sustained efforts made by Morocco in a bid to reach a definitive and lasting solution to the Sahara issue, saying it fully supports a “political solution” to this regional conflict.

Bucharest voiced this stand in a press release issued after talks between Minister of Foreign Affairs Teodor Melescanu and his visiting Moroccan peer Nasser Bourita.

Talks between the two sides focused on Romania’s upcoming Presidency of the Council of the European Union (EU), bilateral cooperation, the return of Morocco to the African Union and latest developments on the regional and international scene.

At a joint press conference held after their meeting, Bourita hailed the role played by Bucharest on the regional and international scene, underlining Morocco’s support to Romania’s candidacy to the UN Security Council.

“We reckon that the presence of Romania at the UN Security Council will bring in an added value”, he said, noting that Romania will make a “very useful contribution for the preservation of peace and stability”, particularly in Africa and the Middle East.

During his trip to Bucharest, Bourita also conferred with Romanian Prime Minister Viorica Dancila and several influential MPs on ways to foster partnership in the political, economic and cultural fields.

Bourita’s visit to Romania is part of a tour to the Balkan region aimed at expanding and diversifying the Kingdom’s partners in Europe.
After his visits to Serbia and Romania, the Moroccan official will travel to Bulgaria.