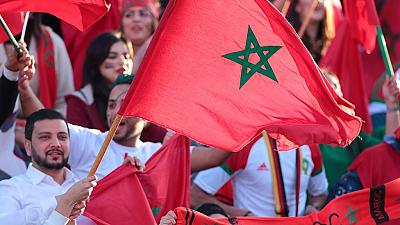 A five-member FIFA delegation known as Task Force, arrived in Morocco on April 17 to inspect the facilities and cities proposed by Morocco to host the tournament’s games.

Morocco has previously protested against the last-minute change in the Task Force hosting criteria but received reassurances from FIFA that the assessment will be impartial.

“The main objective of the trips, which will comprise visits to specific locations as well as working meetings with the bid committees, will be to clarify certain technical aspects contained in the respective bid books,” the Task force said in a statement.

“The visits to the member associations represent only one part of the overall assessment process implemented by the 2026 Bid Evaluation Task Force,” it added.

“Morocco is offering… an innovative and compact concept to ensure operational efficiency, outstanding profitability and a lasting legacy in Morocco and Africa,” said Moulay Hafid Elalamy, president of the bid committee, in a statement.

He added that the visit would “strive to convey the vision of a humble, passionate, determined bid, but above all a professional and solid one.”

Morocco is making its fifth bid to host the tournament and has promised to invest $15.8 billion on infrastructure if it wins the bid.