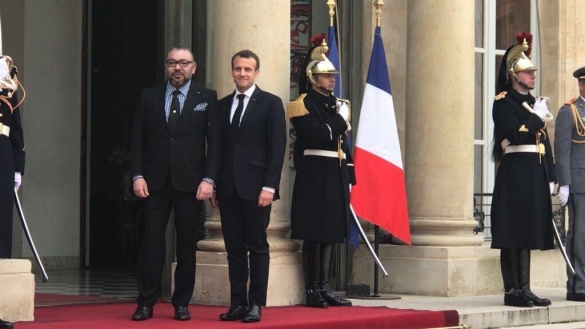 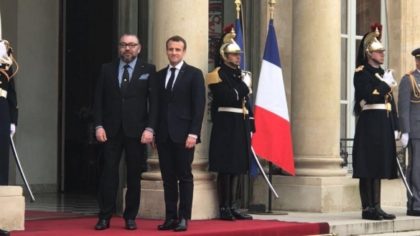 King Mohammed VI had a meeting Tuesday at the Elysée Palace in Paris with President Emmanuel Macron of France during which the two leaders “have discussed at length the situation in the Middle East as well as regional and international issues”, said the royal office in a statement.

The two leaders noted “a broad convergence” in their views on the topics discussed, the statement said.

The two heads of state hailed the excellent relations existing between Morocco and France and voiced their shared resolve to strengthen these relations in all areas, including political, security, economic and cultural.

The richness, density and vitality of Moroccan-French exceptional partnership reflect the solid foundation of a strategic relationship based on trust, mutual respect and fruitful cooperation in the service of the interests of both countries, the statement noted, adding that the Sovereign reiterated his invitation to President Macron to pay a state visit to Morocco.

King Mohammed VI and President Macron met several times last year. Their latest meeting dates back to the One Planet Summit held in France between November 29 and December 12.

They had also met in November 2017 during the dedication of the Abu Dhabi Louvre Museum and during the Europe-Africa Summit convened in Abidjan.