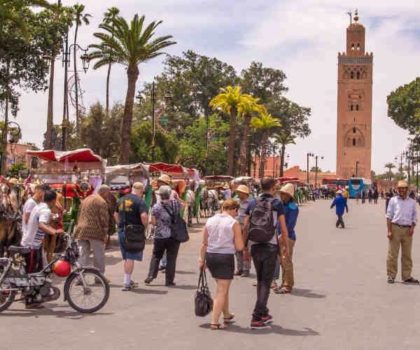 Marrakech closed 2017 with a record number of 2 million tourists and 7 million nights.

German tourists visiting Morocco’s first tourist hub rose by 56% followed by the French 19% while Spanish, Scandinavian and local tourists grew by 28%, 90% and 15% respectively.

Morocco has launched Vision 2020, aiming to double the size of tourist sector and boosting revenues to $15bn annually by the end of the decade