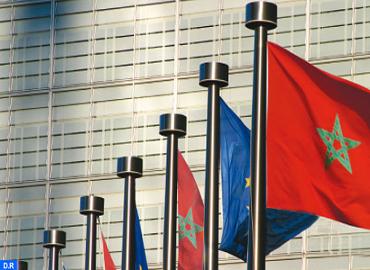 Morocco Made ‘Significant Progress’ on Human Rights in 2016- EU Report

Morocco recorded “significant progress” in the field of human rights in conformity with its constitutional commitments, said the EU Annual Report on Human Rights and Democracy in the World in 2016.

The report points out to the legislative reforms undertaken by Morocco to protect human rights, strengthen the rule of law and promote democratic practices.

In this regards, the report highlights the legislative activity undertaken in Morocco in support of key fields such as migrant rights, women’s rights, the reform of the judiciary and the penitentiary system.

The EU document also commends Morocco for the reform of legal texts concerning the organic laws on the Superior Council of the Judiciary and on the Statute of Magistrates, the review of the Criminal Code and the adoption by the government of two organic laws relating to participatory democracy, i.e. the right of legislative initiative and the right of petition, adopted by the Parliament on 31 May 2016.

The report also underscores the launch of Morocco’s national anti-corruption strategy, a contractual framework of 10 programs comprising 239 projects across the sectors and bodies concerned.

On women’s rights, the document indicates that Morocco approved in 2016 the setting up of the Authority for Equality and Fight against Discrimination (APALD).

Concerning Morocco’s efforts to fight human trafficking and improve the living conditions of migrants, the report says that the Kingdom enacted the law against trafficking in human beings in August 2016, and that the laws on asylum and migration are at a draft stage.

It also recalled that in 2016, Morocco has launched the second phase of regularization of illegal migrants.

“In 2016, the EU pursued its cooperation efforts in support of the reforms undertaken by the government,” the EU document adds, concluding that “in general terms, there has been a positive momentum on the legislative framework, with an important number of texts adopted or in the process of being finalized. The EU remains committed to supporting the reform process through an effective implementation of the Constitutional principles”.