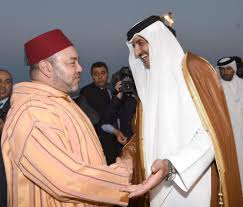 Qatar announced Tuesday that it was granting visa-free entry to Moroccan nationals wishing to visit the Emirate.

The announcement was made by Qatari Prime Minister and Minister of the Interior Sheikh Abdullah Bin Nasser Bin Khalifa Al Thani at a meeting in Doha with a visiting Moroccan delegation.

The delegation included Speaker of the House of Representatives Habib El Malki, who represented King Mohammed VI at the inauguration ceremony of Qatar’s new Hamad port, and Minister of industry Moulay Hafid Elalamy.

During the meeting, the Qatari Prime Minister underlined the importance of the coming meeting of the Moroccan-Qatari joint committee, saying he is upbeat as to the results of this meeting.

He also highlighted the role of the new Hamad port, which, he said, attests to Qatar’s openness onto its environment. The new infrastructure will contribute to the country’s economic and commercial boom at the regional and international scales, he noted.

On the sidelines of the inauguration ceremony, El Malki conveyed to the Emir of Qatar, Sheikh Tamim Bin Hamad Al Thani, the Moroccan Monarch’s brotherly greetings and his esteem for the development efforts made to boost the economy and serve the Qatari people.

Early in August, Qatar, which has been isolated by its neighbors for its alleged support of “terrorism”, announced it was exempting the nationals of eighty countries from entry visas.

Lebanon was the only Arab country, outside the Gulf, on the 80-country list that included European states member of the Schengen area as well as other Western, Latin American or Asian countries.

Qatar is not ranked as a prime tourist destination like Dubai, but the gas-rich country, which hosts the soccer World Cup in 2022, expects the move will attract more visitors, stimulating thus tourism and air transport.