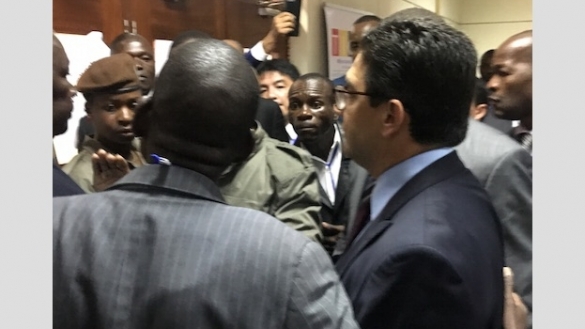 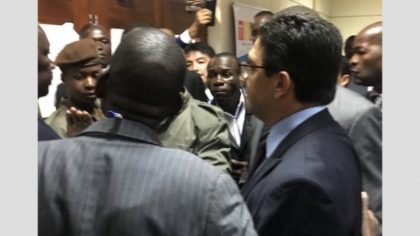 The Japanese Foreign Minister made it clear that Japan has never recognized the Polisario’s self-proclaimed republic and deplored the maneuvers of Mozambique authorities in their desperate attempt to give a seat to the separatist entity at the follow-up meeting of the Tokyo International Conference on African Development (TICAD), held on August 24-25 in Maputo.

During talks in Maputo on Friday with Moroccan Foreign Minister, Nasser Bourita, the Japanese top diplomat, Kono Taro, expressed “his deep regrets about the incidents and the confusion during the opening session of a TICAD ministerial meeting”, following the attempt by Mozambique authorities to impose the participation of the Polisario delegation.

The Japanese Minister who reiterated that his country does not recognize the so-called SADR said he was “astonished” at the Mozambican authorities’ maneuvers to give Polisario officials access to the TICAD meeting through backdoors, deploring that invited delegations, including members of the Japanese embassy, were mistreated by Mozambican authorities.

In a letter addressed last May to the Chairperson of the African Union’s Commission, the Japanese Foreign Ministry reiterated that “Japan does not recognize ‘Western Sahara’ as a state, either explicitly or tacitly”.

The letter, signed by Ambassador Takeshi Osuga Director General of African Affairs at the Japanese Foreign Ministry, explained that as Japan does not recognize the Polisario, the Algerian-funded separatist entity “has never been invited to past TICAD meetings”. 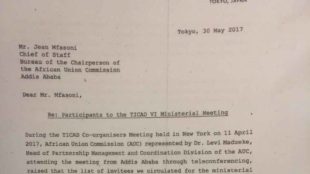 In this context, Japan reiterated its firm stand against the participation of the separatist entity saying that “past TICAD practice should be followed and that Western Sahara will not be invited as an African state to the August ministerial meeting in Mozambique.”

Japan’s standpoint about the participation of the Polisario in the TICAD was very clear; that’s why the Foreign Minister described the confusion sowed by the separatists at the opening of the Japense-African event as a serious security problem and Japan vigorously protested to the host country about this inadmissible behavior.

Kono Taro made it clear that Japan will no longer tolerate such organizational problems and will settle them definitively.