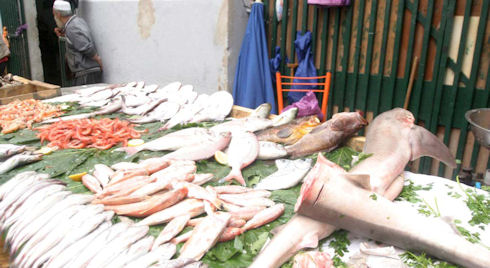 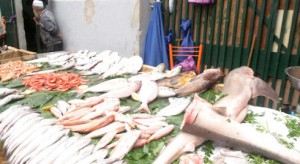 The European Commission has approved two new cooperation programs worth € 45 million destined to help Algeria modernize its public administration and diversify its economy.
The first program worth 15 million Euros will support the efforts made by the Algerian authorities for the diversification of their economy which remains heavily dependent on oil and gas while trying to develop and promote the fisheries and aquaculture sector. The second program of 30 million euros seeks to facilitate administrative procedures, improve the public administration management and governance.
The Algerian fisheries and aquaculture projects backed by the EU complement an ongoing program supporting the development of agriculture, agri-food and tourism. These two new programs are funded under the EU’s National Indicative Program for Algeria for the period 2011-2013, which has a total budget of € 172 million. This program outlines the sectors eligible for EU support: education, social actions, trade facilitation, infrastructure upgrading, sustainable development, economy diversification, reforms in the fields of human rights and justice, the struggle against illegal immigration & terrorism. It also sets the objectives to be achieved for the 2011-2013 period.
These two new programs were adopted during the latest meeting convened in Brussels by the EU-Algeria Association Council. Speaking on this occasion, EU Commissioner for enlargement & European neighborhood policy Štefan Füle said the money will support “the reform process in Algeria, including the expansion of freedoms,” as part of the country’s experience of “transition to a strong democracy and a sustainable economy that benefits all.”
He also said that the EU is committed to the support of the Arab Spring and democratic transition in the countries of the region, recalling the Association agreement binding the EU to Algeria since 2005.
Mr. Füle said further that he had high hopes for socio-economic reforms in Algeria to stimulate business, private domestic and foreign investments to help create jobs in the North African country where youth unemployment is higher than in other neighboring countries.
According to official figures, Algeria’s unemployment rate is around 10 percent, while joblessness among the young is more than twice that figure. Last year, the International Monetary Fund (IMF) urged Algiers to create jobs for its young unemployed, sounding the alarm against the risk of a problem that has fuelled unrest throughout the Arab World.
Energy exporter Algeria has about $150 billion in foreign currency reserves, almost no external debt. But its economy, dominated by the oil and gas sector, produces too few jobs.
The unrest that rocked Tunisia, cradle of the Arab Spring, was triggered by a young unemployed man setting fire to himself in protest at living conditions and his treatment by the authorities.