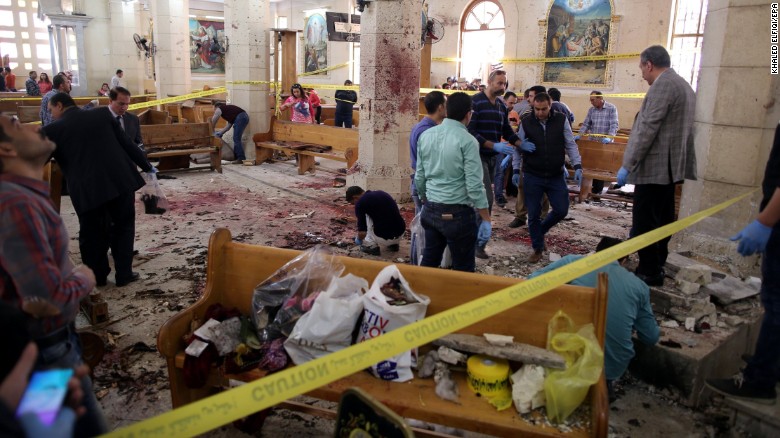 Egypt back to state emergency 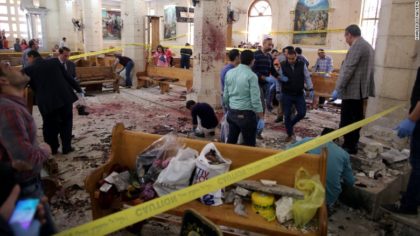 Egyptian President Abdel Fatah al-Sisi Sunday declared three month state of emergency following two terrorist deadly attacks on Coptic churches in Alexandria and Tanta. Both attacks were claimed by the Islamic State group.
The decision will be introduced to the parliament before approval which is to be made within a week.
The Egyptian President convened a meeting with national defence council in the evening following the Sunday attacks. He also announced the founding of the “Supreme Council to Counter Terror and Extremism”, a new security apparatus aimed at combating a growing militant insurgency in the country, reports say.
Two blasts hit two Coptic churches in Nile Delta cities of Tanta and Alexandria on Palm Sunday killing at least 47 people according to Monday reports. The worshipers gathered for the mass when one first blast went off in Tanta killing 27 people. The second blast came off, two hours later, in Alexandrian killing at least 16 people, outside the church.
Daech, on a social network message, claimed responsibility of the attacks, adding that two Egyptian subside bombers carried out the bloody attacks.
The terror group also announced further attacks will follow.
“The Crusaders and their apostate followers must be aware that the bill between us and them is very large, and they will be paying it like a river of blood from their sons, if God is willing,” the group said in Arabic.
The Sunday attacks against the Coptic community are believed to be the price for their support for the Egyptian President. Aside the regular and increasing assaults against them in the restive Sinai Peninsula, the Christian community in December suffered another subside bombing attack in Cairo after an IS militant blew himself up at the St. Peter and St. Paul Church.
The Palm Sunday attack also came following early this month claiming by the Egyptian army of the killing of an IS senior official in the Sinai. The army in a statement indicated that it killed Salem Salmy al-Hamadeen, Aka Abu Anas al-Ansari in a raid back in March.
Abu Anas al-Ansari is claimed to be a founding member of Wilayat Sinai militant group which pledged allegiance to IS in 2014.