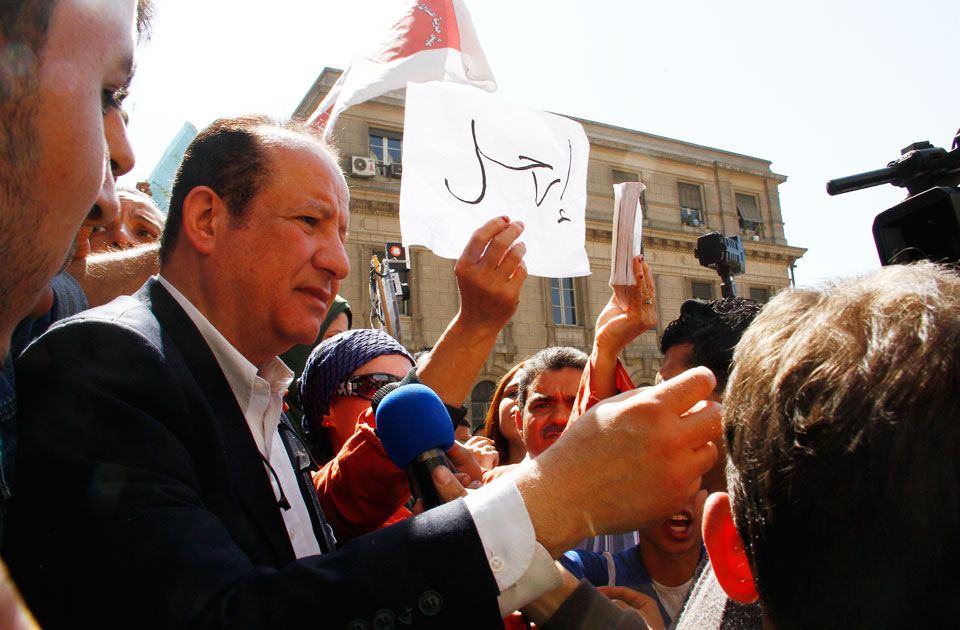 A New Economic Model for Egypt?

At the ongoing conference under the theme “Saving the Egyptian economy, towards an alternative program,” the Al-Tayar Al-Sha’aby party has claimed that they have an alternative economic model to remedy the country’s situation.

Hussein Abdel Ghani, a member of the party, criticized “the current state of the country” and blamed the government for “no suitable economic strategies.” He went on to condemning the International Monetary Fund (IMF) loan and described the conditions attached to it as “humiliating” because they will be a burden on the next generations. He said that “the party (Al-Tayar Al-Sha’aby) is offering an alternative model in the interests of Egyptian citizens.”

Presenting what he considers being an economic model to save Egypt, Hussein advised that “the most suitable economic system should be a mixed one, which embeds the private sector as part of a general funding strategy.” He called it an “independent model” which can out-do the past and present economic models.

He added that second step must be “social justice… because it plays a great role in achieving peace in society. This justice will take place through many phases. One of which is removing any discrimination against women in the workplace.”

Continuing, he said “extra incentives should not exceed an individual’s fixed wage by such a huge amount.” “Moreover the minimum for pensions should be the same as the minimum wage for workers’ salaries,” he opined.

To fight against corruption, the Central Auditing Organization is regarded to be the country’s sole watchdog. Hussein also pointed out the need for agreement on banking and loans, and the stability of the Egyptian pound is also part of their model.

He said they should turn towards utilizing the Suez Canal more as a trade transit, exploit the mineral resources and renewable energy.