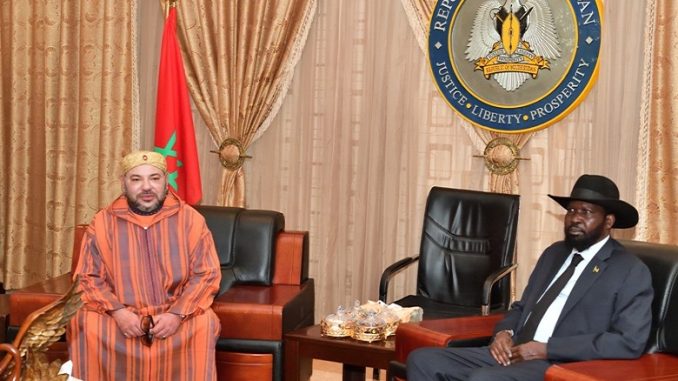 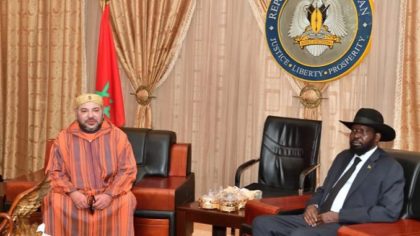 South Sudan’s president Salva Kiir Mayardit put the final nail in the coffin of the Algerian-backed SADR separatist entity by making it clear that there is no parallel between his country’s struggle for independence and the Sahara issue.

“While considering that the issue of the Sahara is different in its genesis, legal and political background from that of South Sudan, HE President Salva Kiir Mayardit acknowledges the efforts of the United Nations to reach a political solution to the regional dispute over the Sahara. The President welcomes the serious and credible efforts of Morocco,” said a joint statement issued following King Mohammed VI’s two-day visit to South Sudan (February 1-2.)

In the same vein, the South Sudanese President congratulated King Mohammed VI for “the reintegration of Morocco within the African Union and hailed the support of the overwhelming majority of African countries to Morocco.”

President Salva Kiir Mayardit underlined “Morocco’s role and its effective contribution for the development, the unity and the stability of the continent.”

The two Heads of State also commended the integration process initiated by these two sub-regional groupings. In this respect, President Salva Kiir Mayardit hailed Morocco’s “huge potential to contribute to the development and the stability of East Africa.”

For his part, King Mohammed VI assured President Salva Kiir about “ Morocco’s readiness to share its experience with South Sudan in the areas of security, economic and social development with a view of contributing to the new nation’s stability and development.”

The Moroccan Monarch also praised the recent call by President Salva Kiir Mayardit for a national dialogue, calling it “a bold move for achieving African Union goal of silencing the gun by 2020 and creating a stable, developed and prosperous South Sudan.”

During the King’s two-day visit, the two heads of state co-chaired the signing ceremony of bilateral agreements and memorandum of understanding (MoU) in the fields of Agriculture, Energy, Mining and Hydrocarbons, Industry, Investment, Tax Avoidance, Vocational Training and Economic Partnership between the two countries’ business communities.

On the same occasion, an agreement on urban development of South Sudan’s new capital was signed with Morocco contributing by $5.1 million to fund the technical and financial feasibility studies of this large-scale project, which offers huge business and job opportunities.

The King also visited Juba’s teaching Hospital where he handed over medical equipment generously donated by the Mohammed VI Foundation for Sustainable Development.

The two Heads of State also visited the storage sites of the humanitarian assistance donated by Morocco. On this occasion, King Mohammed VI handed over items to a number of internally displaced persons.

All these humanitarian gestures are reflective of the King’s care to bring a helping hand to the South Sudanese people.