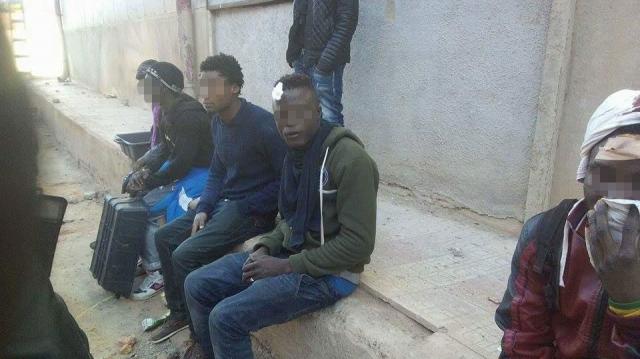 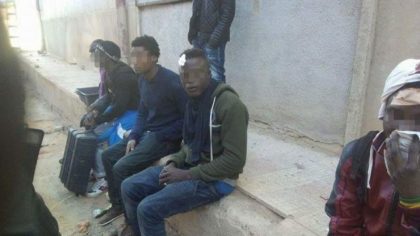 International rights watchdog, Human Rights Watch, called on Algeria to honor its commitments under the 1951 Geneva convention and to bring to a halt all mass deportations of Sub Sharan migrants.

The call was expressed in a statement released Friday after Algerian authorities rounded up more than 1400 sub-Saharan migrants in Algiers and deported them 1900 km south of the capital to the desert city of Tamanrasset, from which they were deported to Niger.

Sarah Leah Whitson, MENA director at HRW, condemned the Algerian authorities’ treatment of Sub-Saharans, saying that this is “a mass and summary deportation of migrants, including men and women who may have fled persecution or have worked for years in Algeria, and would violate their rights.”

“The right of a country to control its borders is not a license for lawlessness,” the statement quoted Whitson as saying.

HRW goes on to highlight that with these deportations, Algeria violates its commitments under the 1951 Geneva convention which forbids the expulsion of people who are fleeing persecution, as some of the forcibly transported sub-Saharans include some registered refugees and asylum seekers who are entitled to international protection.

The international rights watchdog also recalled the recent statements by the head of the Algerian National Consultative Commission for the Promotion and Protection of Human Right, Farouk Ksentini.

In his racist statements tapping on abhorrent forms of xenophobia and stereotypes, the head of the consultative commission, a state institution that reports to the presidency, blamed Sub-Saharans for “spreading diseases,” including AIDS.

“These diseases are commonplace in these communities,” he was quoted as saying in the Algerian daily Assawt Al Akhar (The Other Voice.) He deemed that the presence of migrants and refugees in several regions of the country can lead to many problems for Algerians, HRW recalled.

Several Algerian NGOs have decried Farouk Ksentini’s remarks as well as the deportation operation and the degrading detention conditions of the migrants in makeshift centers.

The Algerian League for the Defense of Human Rights (LADDH) said the more than 1400 people arrested before being deported include children, pregnant women, sick people, irregular migrants, asylum-seekers and refugees. They are all victim of this “arbitrary and violent” retention operation, and are detained in “disastrous” conditions, the Algerian NGO said in a statement released after the manhunt started on December 1.

The LADDH accused Algerian authorities of violating international standards relating to the rights of refugees, asylum seekers and migrants and denounced the fact that the migration issue is managed exclusively by the police.

According to estimates, the number of sub-Saharan migrants in Algeria ranges from 60,000 to 100,000.