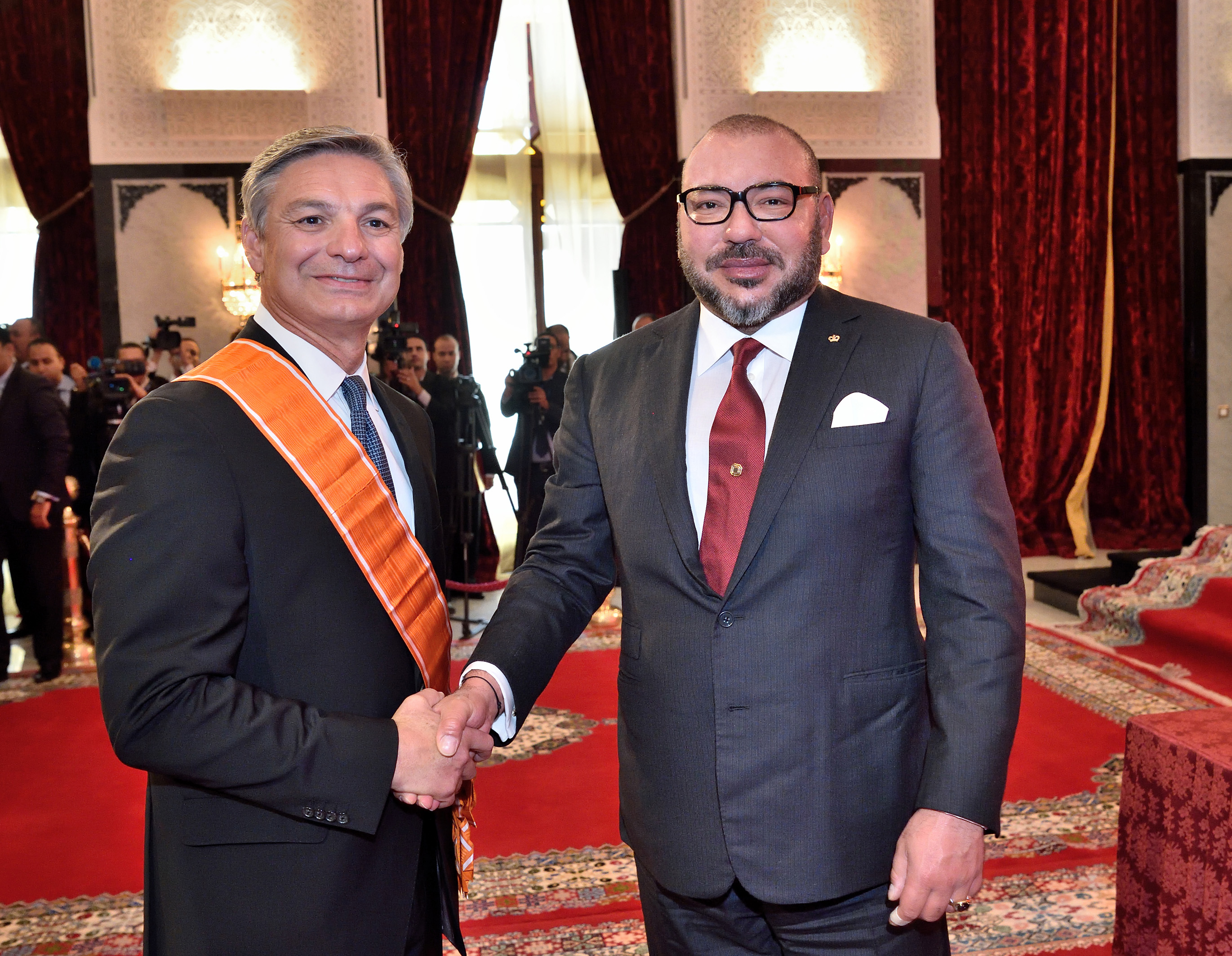 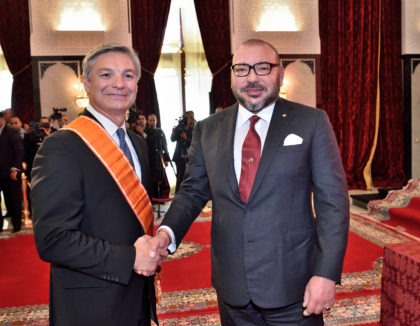 Moroccan aeronautic industry is growing rapidly thanks to incentives granted to investors, proximity to Europe, low labor costs, stability and political will to make this sector a driving force of economic growth and development.

This highly Moroccan competitive sector continues to attract foreign investment and gain trust of giant manufacturers such as American Boeing which signed Tuesday an agreement with the Moroccan government to bring in more suppliers to the North African Kingdom.

The agreement was signed in the royal palace of Tangier by Moroccan trade and industry minister Moulay Hafid Elalamy and the chief executive of Boeing’s airplane business, Raymond Conner during a ceremony chaired by King Mohammed VI.

Under the “Boeing ecosystem” project, the US Company pledged to attract around 120 of its suppliers to boost Morocco’s aeronautics exports by $1 billion and create 8,700 jobs.

Boeing already has a joint venture with France’s Safran in Casablanca to build wire bundles and harnesses for aircraft makers, including its European rival Airbus.

“Boeing will actively reach out to more than 120 suppliers in the near term to encourage this to happen,” Conner said during the ceremony.

Unlike some other countries in the region, Morocco has managed to avoid a big drop in foreign investments since the global financial crisis and the Arab Spring uprisings of 2011, partly by marketing itself as an export base for Europe, the Middle East and Africa.

It has attracted some big aeronautics investors in recent years, including Bombardier, Eaton Corp… The aeronautic industry in Morocco, which employs 11,500 people and achieved last year exports worth $1bn, has been growing at 15 per cent a year.

The aim is to reach 23,000 jobs by 2020, increase exports to $1.6bn per year and increase to 35 per cent the proportion of locally-produced or assembled components.

Hamid Benbrahim El-Andaloussi, president of Gimas, a grouping of Moroccan private-sector companies working in aeronautics, says Morocco’s future in the industry is promising.

“There are 35,000 aircraft to be built globally over the next 20 years. Today Morocco is the place to be if you want to penetrate Europe at the best cost”, he stresses.

There are over 100 international companies operating in Morocco and an aeronautics institute, the Institut des Métiers de L’Aéronautique, has been set up to train workers for the industry.