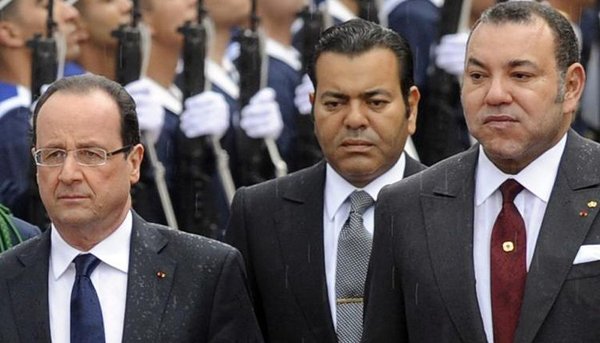 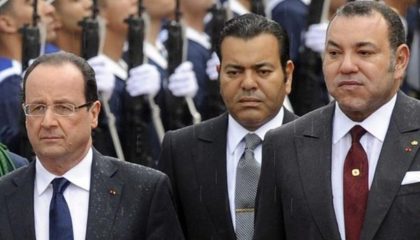 Morocco has strongly condemned the “despicable” terrorist attack that targeted Thursday night the French city of Nice during the Bastille Day celebration and King Mohammed VI sent a message of condolences and solidarity to President François Hollande.
“I would like to express, on my behalf and on behalf of the Moroccan people, our firm condemnation of this despicable terrorist act and assure you of our solidarity and support in this ordeal,” said King Mohammed VI in his message.
The King who expressed deep sadness at this “horrible attack” extended to President Hollande and to all the French people his heartfelt condolences and compassion in this painful time.
The ministry of Foreign Affairs and Cooperation released a statement condemning in the strongest terms the horrific attack and expressing Morocco’s solidarity with France during this painful time. The statement which denounced all terrorist threats aimed at undermining France’s security and terrorizing the innocent, reiterated Morocco’s support to all efforts and measures undertaken by French authorities to protect their territory and guarantee the safety of their citizens.
Morocco also reiterates the need to strengthen international coordination and cooperation to deal with the phenomenon of cross-border terrorism, the statement said.
Moroccans of all walks of life, including religious leaders, civil society militants…, have also all firmly and widely denounced the criminal terror attack that killed at least 84 people.
They also expressed solidarity with the families of the victims among whom there were more than 10 children who lost their lives after a lorry driver slammed through a crowd celebrating national holiday in the southern French city of Nice.
The driver ploughed on for 2km on the Promenade des Anglais, before he was shot dead by police. Witnesses say the lorry swerved in an apparent attempt to hit the greatest number of people.
According to press reports, nobody really paid much attention to the white lorry parked on the Promenade des Anglais. The unmarked, 19-ton truck had been parked on the street for some hours and police had even asked the driver what he was doing there.
He told the officers he was delivering ice cream and would be moving on soon. What in fact he was about to deliver was murder on a massive scale. The Promenade des Anglais was crowded. Families had packed the long stretch of road and promenade that follows the seafront through Nice to witness the annual fireworks display celebrating Bastille Day which turned into carnage.
Several Muslims are also among the victims of the lorry deadly attack that has left also at least 100 injured. No clear motive has yet emerged why the driver, who was known to police for petty crimes, carried out such vicious and repulsive attack.
President Francois Hollande, who is in Nice, said the attack was of “an undeniable terrorist nature”.
He said the battle against terrorism would be long as France faced “an enemy who will continue to hit countries who see liberty as their essential value.”
A state of emergency, in place since November’s Paris attacks carried out by militants from the so-called Islamic State group, in which 130 people died, has been extended by three months.
Hollande said 50 injured people were in a critical condition “between life and death.” Some foreigners were among the victims, he said.
Some 30,000 people were on the Promenade des Anglais at the time of the attack.