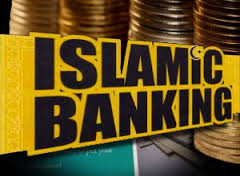 Morocco’s central bank will start very soon granting permits to Islamic banks due to start operations in the North African Kingdom in 2017. So far several applications have been submitted to the Moroccan financial authorities for approval to open local branches.

Among the applicants, two are from the Gulf region bidding to set up their own Islamic bank branches in Morocco, while the other four banks want to establish joint financial institutions with local banks.

Three other applications are seeking approval to sell Islamic banking products to Moroccan clients. The move comes after the Moroccan Parliament had approved a bill to allow the creation of sharia-compliant banks and let private firms issue Islamic debt.

“We will start licensing shortly Islamic banks,” said central bank officials, noting that these banks would be required to report periodically to authorities on their activities.

According to some experts, Islamic banking has started looking more attractive than those of conventional financial services. The last decade has seen a sharp rise in Islamic banking services.

Across the Middle East, Africa, and Asia, Islamic banking has grown to become a prominent means of financial management, while it is also emerging in Western economies that have not typically been associated with it in the past.

The size of the Islamic finance market ranges from $1.66 Trillion to $2.1 Trillion with expectations of market size to be $3.4 Trillion by end of 2018. The Islamic funds and sukuk grow annually 14 pc and 11 pc respectively. Other key sectors of the Islamic economy have experienced success too.

Islamic banking, which embraces risk-sharing, offers a plethora of products for customers or investors looking to participate. Sharia law prohibits engaging in activities or transactions that are considered harmful to people, society or the environment.