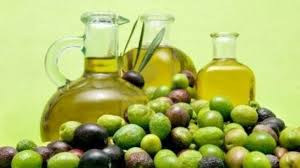 Morocco, with an annual production of 140,000 tons, ranks fifth in the list of the world’s largest olive oil producers and exporters, several Moroccan media outlets said.

The Green Morocco Plan started in 2008 is designed to transform the agricultural sector into a stable source of growth, competitiveness and inclusive economic development. The Green Morocco plan set a target of 1.2 million hectares of planted olive area and 2.5 million metric tons of oil produced by 2020.