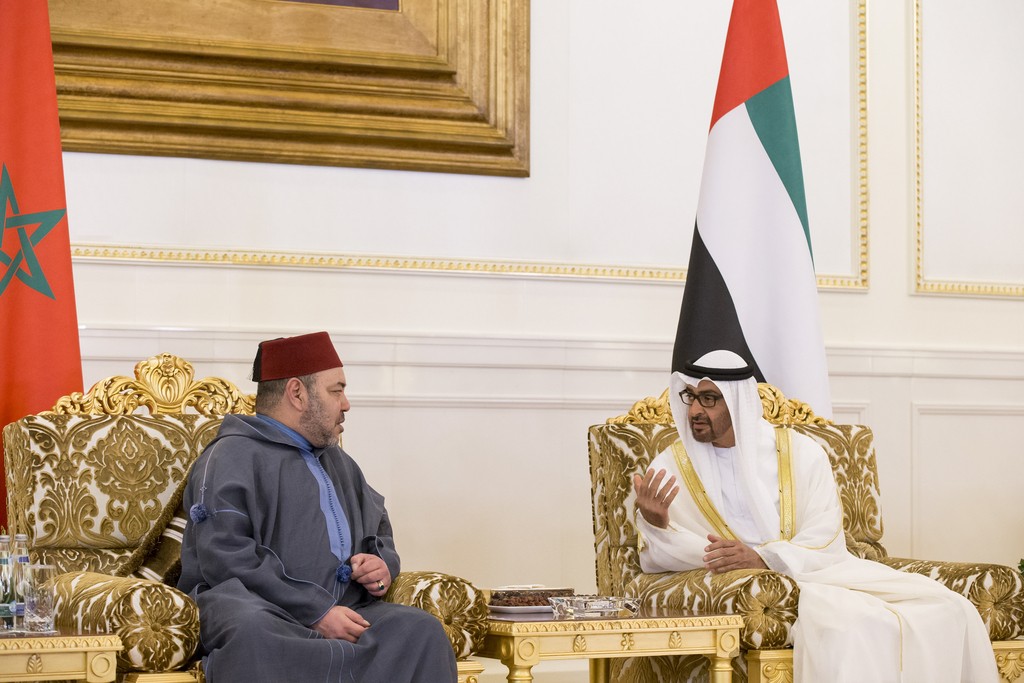 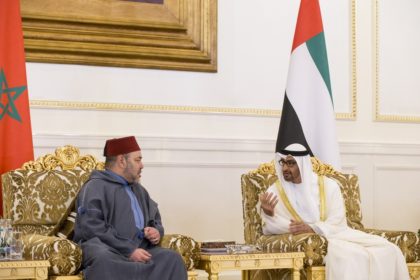 King Mohammed VI and Sheikh Mohamed bin Zayed Al Nahyan, Crown Prince of Abu Dhabi, stressed at talks they held Saturday in Abu Dhabi the need to coordinate Arab stances to counter the terrorism and violence that undermine the region’s security and stability.

During the talks, King Mohammed VI, who had arrived in Abu Dhabi earlier Saturday, part of a tour of several Gulf countries, and Sheikh Mohamed, who is also Deputy Supreme Commander of the UAE Armed Forces, discussed several issues of mutual concern and the latest regional and international developments.

They emphasized the importance to coordinate stances and to consolidate efforts at the Arab world level to confront challenges and to counter the terrorism and violence undermining the region’s security and stability, reported WAM news agency.

They also underlined the importance to perpetuate the values of peace, tolerance and peaceful co-existence.

The Moroccan King and the UAE Crown Prince praised the strong ties binding the two countries and discussed means to boost their brotherly relations in the political and economic realms to serve their common interests and the aspirations of their peoples.

The two sides hailed their shared keenness to steadily upgrade these relations on the basis of cooperation and solidarity.

Sheikh Mohamed noted in this regard that Moroccan-UAE exemplary ties should be followed by other Arab countries to overcome challenges through cooperation, coordination, consultation and brotherly dialogue taking into consideration joint interests, progress, security and stability, added WAM.

King Mohammed VI and Sheikh Mohamed, who had both attended the first Morocco-GCC summit, held in Riyadh on April 20, welcomed the outcome of this summit as a consecration of the strategic partnership binding the North African country and the member States of the Gulf Cooperation Council.

In the joint final statement of the Morocco-GCC Summit, they expressed their rejection of any attempt aimed at undermining security and stability, and the dissemination of separatism to redraw the map of nations or splitting them, which threatens regional and international security and peace.

They also expressed their rejection of any prejudice to the higher interests of Morocco and their commitment to collective defense of the security and the stability of their countries, and respect for countries’ sovereignty, territorial integrity and national constants.

The GCC member states reaffirmed in this regard their position supporting the Sahara as Moroccan and their support for Morocco’s autonomy plan as the basis for any solution to this artificial regional dispute.

Before his visit to the UAE, King Mohammed VI visited Bahrain and Qatar.