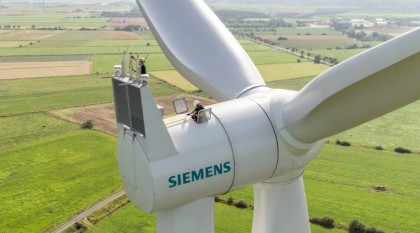 Siemens is planning to build a wind turbine rotor blade facility in northern Morocco, close to Tangier Med port, linked to Europe, the Middle East and the rest of Africa.

The construction of the onshore plant, first of its kind in the North African country, is expected to start as early as this spring, and it is scheduled to commence operations in spring 2017.

The factory is also expected to create up to 700 jobs. Siemens Wind CEO Markus Tacke said “Morocco is the perfect location from which to serve the growing onshore wind power markets in Africa, the Middle East and Europe. The economy is strong, the political climate is stable, and Morocco has a young, skilled and motivated workforce.”

“All these factors combined make Tangier the ideal site for this new state-of-the-art factory,” he added. Siemens has announced its wind blade plant in Morocco after its consortium including Moroccan equity firm Nareva Holding and Italian developer Enel Green Power won a bid for building a 850MW wind power farm in the country.

The Moroccan government has unveiled a plan seeking to enhance its energy infrastructure. It aims to meet 52 pc of its energy demand with renewable energy by 2030, of which 20 pc is expected to be generated from wind.

In 1929, Siemens supplied electrical installations to a cement plant in Casablanca. Since 1956, the company has been continuously present in Morocco with its local subsidiary, Siemens Maroc.