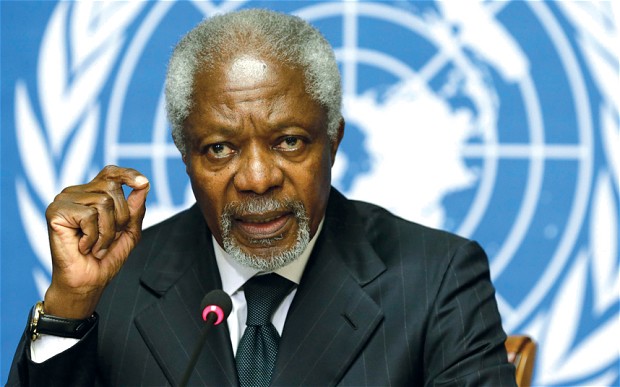 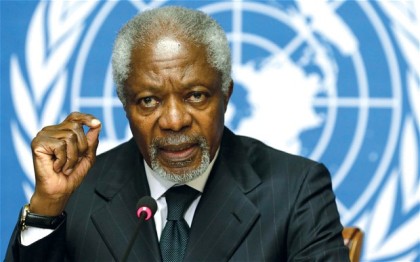 In the column published on the eve of a United Nations General Assembly special session on drugs to be held between April 19 and 21, Kofi Annan said during the session “the world will have a chance to change course.”

“As we approach that event, we need to ask ourselves if we are on the right policy path. More specifically, how do we deal with what the United Nations Office on Drugs and Crime has called the “unintended consequences” of the policies of the last 50 years, which have helped, among other things, to create a vast, international criminal market in drugs that fuels violence, corruption and instability?” he wrote.

Affirming that the war on drugs has not succeeded and that prohibition has had little impact on the supply of or demand for drugs, the former UN Secretary General pointed out that some “300 million people now use drugs worldwide, contributing to a global illicit market with a turnover of $330 billion a year, one of the largest commodity markets in the world.”

He deplored further that the West African region has now become not only a major transit point between producers in Latin America and consumers in Europe, but an area where consumption is increasing. “Drug money, and the criminality associated with it, is fostering corruption and violence. The stability of countries and the region as a whole is under threat,” he wrote.

Initial trends show us that where cannabis has been legalized, there has been no explosion in drug use or drug-related crime. The size of the black market has been reduced and thousands of young people have been spared criminal records, he argued.

He however insisted that legalization of drugs should be accompanied by a set of regulations precisely because they are risky.

“It is time to acknowledge that drugs are infinitely more dangerous if they are left solely in the hands of criminals who have no concerns about health and safety,” Annan said.

Kofi Annan’s call adds him to the list of many figures like Ghanaian musicians Blakk Rasta and Dada KD who have also called for legalizing the use of the substance.