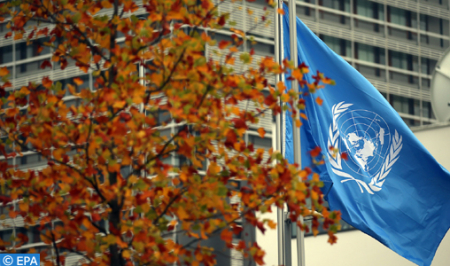 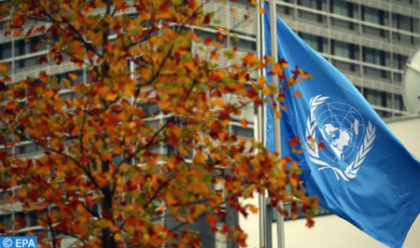 The United Nations Secretary General said he remains confident that a political solution to the Sahara dispute is possible.

“I remain convinced that a solution to the Western Sahara issue is possible,” Antonio Guterres said in his draft report on the Sahara to be debated by the UN Security Council members, who are expected to renew the mandate of the UN Mission for the Referendum in Western Sahara (MINURSO) before its expiry on October 31.

The UN Chief noted, however, that a just, lasting and mutually acceptable political solution, based on Resolutions 2440 and 2468, will require the firm commitment of all parties until the political process is completed.

Guterres, who reaffirmed the parameters of the political solution to the regional dispute, welcomed the efforts of his resigning Personal Envoy, Horst Kohler, who succeeded in relaunching the political process and creating a dynamic that made it possible to achieve a new momentum, particularly through the organization of two roundtable meetings that brought together the parties to the dispute, namely Morocco, Algeria, Mauritania and the polisario.

Guterres said the participation of the four parties was essential to continue the political process and maintain the current momentum, pending the appointment of a new Personal Envoy.

Resolutions 2440 and 2468 confirmed Algeria’s role as a main party to the regional dispute on the Moroccan Sahara.

Through these two Resolutions, the Council had defined the contours of the political solution, in that it should be realistic, pragmatic, durable and based on compromise.

Actually, in his report, Guterres stressed the need for the parties to accept the compromises necessary to reach a just, lasting and mutually acceptable political solution.

The UN Secretary General who made clarifications on the MINURSO’s mission debunked the Polisario’s allegations as to the nature of this mission saying that Minurso’s role is “to enforce the cease-fire agreement”, setting aside the organization of a referendum, advocated by the Polisario, although it proved unfeasible.

On the other hand, Antonio Guterres deplored the lack of cooperation on the part of the Polisario with the MINURSO, saying “the overall situation impedes good communication, and handicaps MINURSO in the implementation of its mandate.”

He noted further that the civil officials of the MINURSO are always denied access to the Tindouf camps, to see the situation on the ground.

He lambasted in this connection the Polisario for its human rights violations in the camps it administers in south-western Algeria where thousands of Sahraouis are held against their will unable to join their homeland in Morocco.

The UN Secretary General noted the scale of protests and sit-ins in the Tindouf camps in 2019 while deploring the lack of the freedom of movement in the camps and between Tindouf and northern Mauritania.

The blackout as well as lack of access to information was also highlighted in the report as a human right breach in addition to the degrading treatment inflicted on dissidents in the camps, including enforced disappearances, arbitrary arrests and arbitrary detentions perpetrated by Polisarian mobs against opponents.

The case of Ahmed Khalil, kidnapped in 2009 under mysterious circumstances in Algiers, and more recently the case of the opponents kidnapped last summer, who have since been imprisoned on fallacious charges such as “intelligence with an enemy party” were also mentioned in the report.

The UN Chief on the other hand expressed concern about what has been happening in Guerguarat for some time, cautioning against “obstruction of civilian traffic” in this vital corridor connecting the Moroccan Sahara and northern Mauritania.

The increase in international commercial traffic through the buffer zone and the intensification of activities carried out to hinder the traffic are creating tensions in “this sensitive area”, he warns again, alluding, although without naming it, to the Polisario separatist front, which was behind the sit-ins observed in 2019 by militants from Tindouf, in an attempt to prevent trucks from crossing the Guerguarat corridor. “I demand that regular civilian and commercial traffic is not disrupted,” he insisted.

North Africa Post's news desk is composed of journalists and editors, who are constantly working to provide new and accurate stories to NAP readers.
NEWER POSTMorocco’s King Calls on banking & financial sector to be more involved in development process; facilitate access to loans
OLDER POSTErdogan threatens Europe with floods of Syrian refugees in face of lack of endorsement