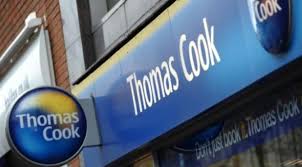 Thomas Cook Cancels All Trips to Tunisia until Next October

Travel operator Thomas Cook has cancelled all British bookings to Tunisia until 31st of October as security fears grow following a wave of violent protests across the North African country.

These cancellations deal a hard blow to the tourism sector of this country branded by security experts as a high-risk destination.

The Foreign Office still advises against all but essential travel to Tunisia which is rocked by its worst social unrest since the 2011 revolution.

“In light of this, and given that we have no clear indication as to when the FCO travel advice may change, Thomas Cook can confirm that it has taken the decision to cancel all bookings to Tunisia up to and including 31 October 2016”, says the British travel company in a statement.

“We appreciate that this may be frustrating for our customers who have been looking forward to their holiday. The safety and well-being of all those who travel with us is our absolute priority”, stresses the company.

It has offered its customers who are due to travel before October the possibility to cancel or amend their holiday to another destination free of charge.

Tunisian authorities have extended the state of emergency until February 21 as the threat of terrorism in the country remains high.

The North African country, which has been targeted by the Islamic State group, is believed to be the biggest exporter of jihadis, with the authorities saying at least 3,000 of Tunisian nationals are fighting in Iraq and Syria.

Since the Arab Spring uprising which led to the fall of Zine El Abidine Ben Ali regime in 2011, Tunisia has seen an upsurge of Islamists who seek to grab power in a polarized country.