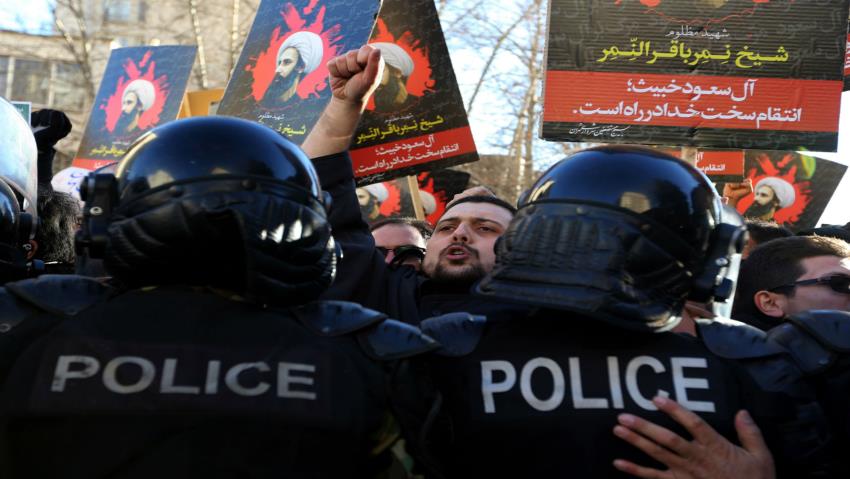 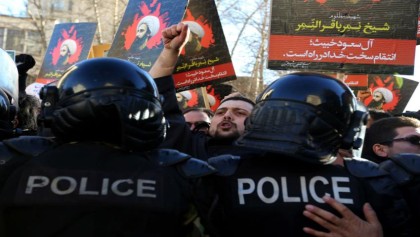 Russian Foreign Ministry Monday offered its mediation to help Gulf rivals Saudi Arabia and Iran end diplomatic spat caused by Riyadh’s execution of Saudi Shia cleric followed by assaults on two Saudi Arabia’s diplomatic missions in Iran.
“We ask… Tehran, Riyadh and other Gulf countries to show restraint,” the ministry said in a statement before adding “Russia is ready to support such efforts.”
Moscow also said it is very concerned with the volatile situation between its partners-calling on them to choose the path of dialogue.
“Moscow is deeply concerned by the latest escalation of the situation in the Middle East caused by the major regional powers, Saudi Arabia and Iran,” the ministry went on saying.
It is also reported that a diplomatic source speaking to AF said that “Russia is ready to serve as an intermediary between Riyadh and Tehran”.
“If our partners Saudi Arabia and Iran show they are ready and willing (to meet), our initiative will remain on the table,” another unnamed Russian diplomat told Russian TASS news agency.
Saudi Arabia has severed diplomatic ties with Shia-dominated Iran after angry mobs torched Saudi diplomatic missions in Teheran and Mashad after the Saudi Arabia announced it executed 47 people including Saudi Shiite cleric Nimr al-Nimr opposed to Saudi royal family rule.
World powers have also called both gulf enemies to show restraint in the face of the escalation of diplomatic spat fearing that the showdown may blow up UN efforts to solve Syrian and Yemeni crisis which are sponsored by Saudi Arabia and Iran through proxies.
The Obama administration called on the two regional tigers to show restraint and refrain from letting their antagonism derail talks to end the Syrian conflict.
Josh Earnest, spokesman of the White House said the US is very concerned and calls on the two countries not to add fuel to the sectarian rifts or encourage further sectarian conflicts.
It is also reported that President Obama has not spoken to leaders of the two countries since the beginning of the diplomatic wrestling but Secretary of State John Kerry had called Iranian and Saudi ministers and urged them for calm.
Turkey also warned of further conflagration if the two countries go ahead with the current situation while qualifying the Middle East region as “powder keg.”
Monday, the deputy Prime Minister Numan Kurtulmus briefing reporters after a cabinet meeting urged Saudi Arabia and Iran to put tensions behind while holding both countries accountable of the current situation.
“Enough is enough. (The region) is in need of peace and calm. Everyone must act with caution.”
Furthermore, Germany also urged both Riyadh and Tehran to keep in mind their important role in the Syrian and Yemeni conflicts, calling on them to improve their bilateral relations.
Government spokesman Steffen Seibert Monday indicated that “relations between Saudi Arabia and Iran are of fundamental importance for solving the crises in Syria and Yemen, and for the stability of the entire region.”