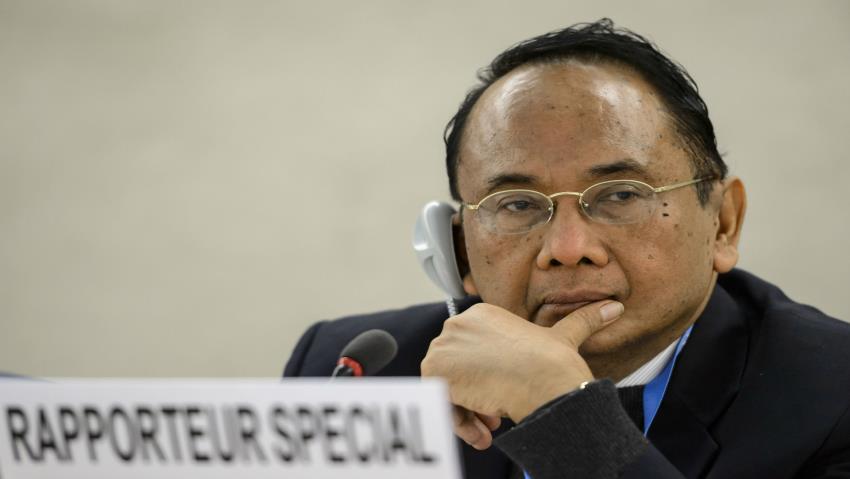 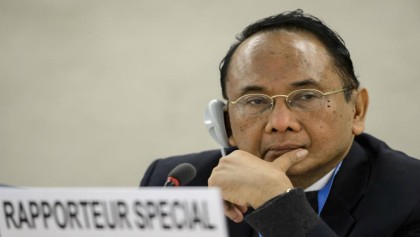 UN’s expert of human rights in occupied Palestinian territories has resigned Monday over Israel’s refusal to grant access to occupied areas, reports say.
“The United Nations Special Rapporteur on the situation of human rights in the Palestinian territories, Makarim Wibisono, today submitted his resignation to the President of the Human Rights Council, effective as of 31 March 2016,” a UN statement said.
Even though the UN did not pin the blame on Israel, the UN expert did not sound pleased with Israel.
“Unfortunately, my efforts to help improve the lives of Palestinian victims of violations under the Israeli occupation have been frustrated every step of the way,” Wibisono said in the statement.
The Indonesian diplomat took up the position in 2014 while he was assured that he would have access to the occupied territories.
“I took up this mandate with the understanding that Israel would grant me access, as an impartial and objective observer,” he said.
He also told reporters that he renewed requests to have access to the Palestinian territories but Israel always turned blind eyes to his calls whereas the Palestinian Authority has been always cooperative.
“With no reply from Israel to my latest request, in October 2015, to have access by the end of 2015, it is with deep regret that I accept the premise upon which I took up the mandate, which is to have direct access to the victims in the Occupied Palestinian Territory, will not be fulfilled,” he said.
Wibisono in his impartial role criticized Israel for the 2014 war in Gaza warning of the use disproportionate use of force by Israel against Palestinians. He also charged Israel Defense Forces for “carrying out summary executions as they sought to crack down on a wave of lone-wolf attacks with knives, guns and cars.”
Also Monday, he renewed criticism towards Israel and international community for the lack of protection for Palestinians who have been subject of unspeakable range of human right violations.
“It is my sincere hope that whoever succeeds me will manage to resolve the current impasse, and so reassure the Palestinian people that after nearly half a century of occupation the world has not forgotten their plight and those human rights are indeed universal,” Wibisono said.
Wibisono took over American professor Richard Falk who also experienced tough times in his tenure after he called for boycott of Israeli companies profiting from illegal settlement in the occupied Palestinian territories.